Woman leaves boyfriend ‘furious’ with reaction to his holiday gift: ‘You owe me’ 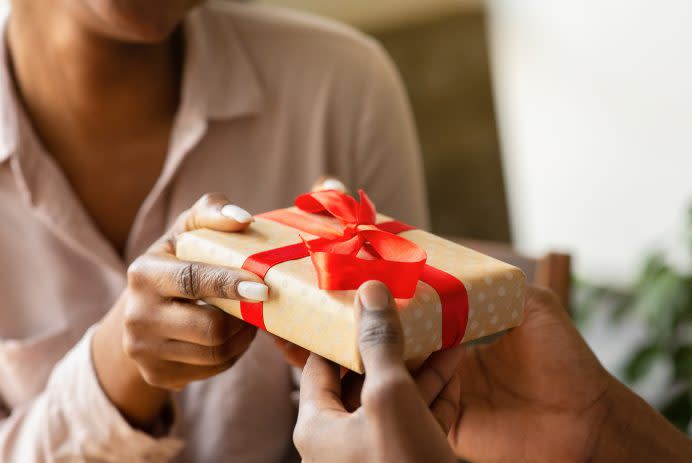 A 25-year-old woman returned her 34-year-old boyfriend’s expensive gift because he insisted on using it to make her feel guilty.

She shared what happened on Reddit’s “Am I the A******” forum. Her boyfriend bought her an expensive computer she didn’t want or need. Then any time he wanted her to do something, he claimed she owed him for the computer. So she decided to take matters into her own hands.

Enter here for the chance to win a $250 DoorDash gift card.

“My boyfriend and I have been together for four years and he has watched me scrimp and save in order for me to afford to go to school,” she said. “For Christmas this year he surprised me with a really nice and expensive computer since all of my school is online. I was incredibly grateful for the gift and did not expect it at all. In fact, I told him he needed to return it because my old computer was fine. What I did not expect was how this computer was going to be used as a bargaining tool for months to come. Every week, he’ll ask me for money. It’s been several conversations like this, both joking and serious, about how I ‘owe’ him for the computer. When I say ‘no we really need to save,’ he’ll say ‘we could have did that with your computer but I still got it for you, so you owe me!’”

She spoke to him on multiple occasions about his behavior but he refused to change.

“It’s become such a source of contention that I told him I was going to sell the computer and buy a cheaper one and give him back a bulk of the money,” she wrote. “I didn’t like having this expensive computer anyways and did find it to be a waste of his money. He told me not to, which resulted in a big argument. I firmly told him that it’s my gift and I can do what I want with it. I’m unsure if he thought I was bluffing or not, but I sold my computer today to a good friend who paid near brand-new price. I bought myself a cheaper laptop and gave him the bulk of his money back. He is furious at me for not keeping his very nice gift.”

Reddit users thought what the girlfriend did was fair.

“Those huge red flags are flying,” someone commented.

“The computer was definitely a mechanism for control,” another wrote.

“He’s being manipulative and controlling and this won’t be the only gift that will come with strings attached,” a person added.

Save your skin from winter with these K-beauty products:

If you enjoyed this story, read more about this woman who got a lawyer involved with her fight with her daughter.

Teenager shares “extreme reaction” to mom’s household decorating decision: “[I] am so surprised”

Subscribe to our daily newsletter to stay In The Know

Start your morning off right with this powerful juicer

The post Woman leaves boyfriend ‘furious’ with reacting to his holiday gift: ‘You owe me’ appeared first on In The Know.