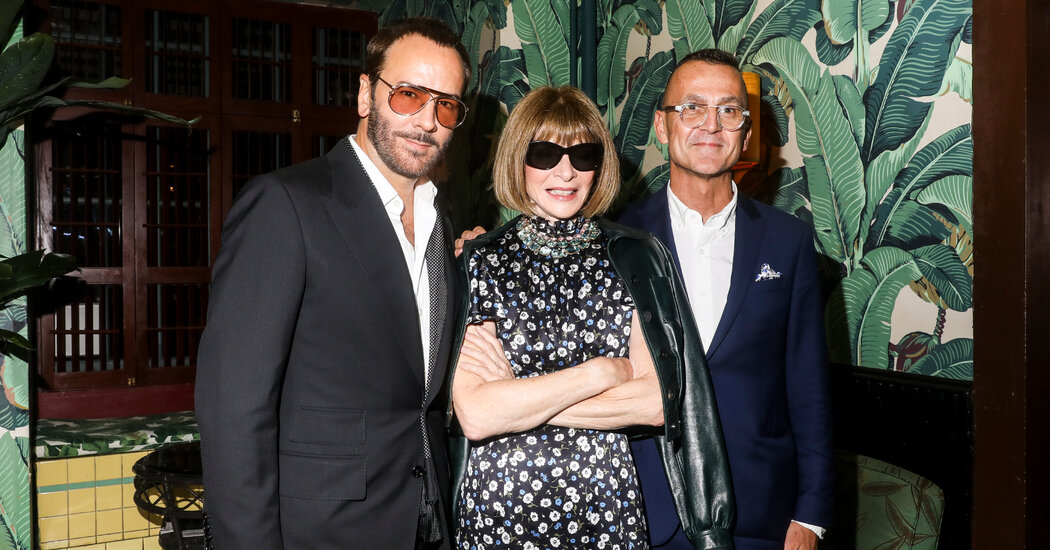 The second show, “In America: An Anthology of Fashion,” will be held in 21 of the American period rooms and will center on 300 years of historic narratives both personal and political. Some are well-known, like the Battle of Versailles and names like Oscar de la Renta and Bill Blass, but others are more obscure, like the story of Fannie Criss, a turn-of-the-20th-century dressmaker in Virginia and freeborn child of former slaves; and Elizabeth Keckley, a dressmaker to Mary Todd Lincoln. (The Met does not own any of Ms. Keckley’s work and is still trying to source her pieces.)

The mise-en-scène of each room will be visualized by a different film director, though exactly who is still a work in progress — as are many of the pieces Mr. Bolton hopes to display.

What is confirmed is that Franklin Leonard, the founder of The Black List (a roundup of Hollywood’s best unproduced screenplays), will be a collaborator on the exhibition, as will Bradford Young, the cinematographer behind “Selma” and “When They See Us.” That is partly because, despite Mr. Bolton’s focus on how American fashion has reacted to social and political changes, the Costume Institute’s curators are all white — an uncomfortable reality given their goal is redefining the industry’s identity. Mr. Bolton said that diversifying the department’s curatorial staff was one of the Costume Institute’s long-term objectives.

If he’s right, the exhibitions could bring a new energy and focus to the industry.

As to why there will be a gala for each part of the show — for the first time since the galas began in 1948 and despite lingering unease around the pandemic and risks of a let-them-eat-cake reaction — the reason is partly practical. The Costume Institute is the only curatorial department in the museum that is forced to raise the money for its own budget, most of which comes from the gala. (In May, 2019, the party raised more than $15 million.) The fact that last May’s event was canceled, as was the one that would have taken place next month, has, Mr. Bolton acknowledged, created fiscal challenges.

Though the celebrity hosts for the gala have not yet been announced (that’s apparently coming next month, though rumor has it Tom Ford and Amanda Gorman will play the role in Met ball #1), Instagram will be one of the show’s main sponsors, along with Condé Nast. For anyone excited about the tantalizing possibility that Mark Zuckerberg, Instagram’s big boss and someone who did quite a lot to popularize his own American uniform, could potentially take his place at the top of the stairs in a black tie hoodie, apparently it is not to be.