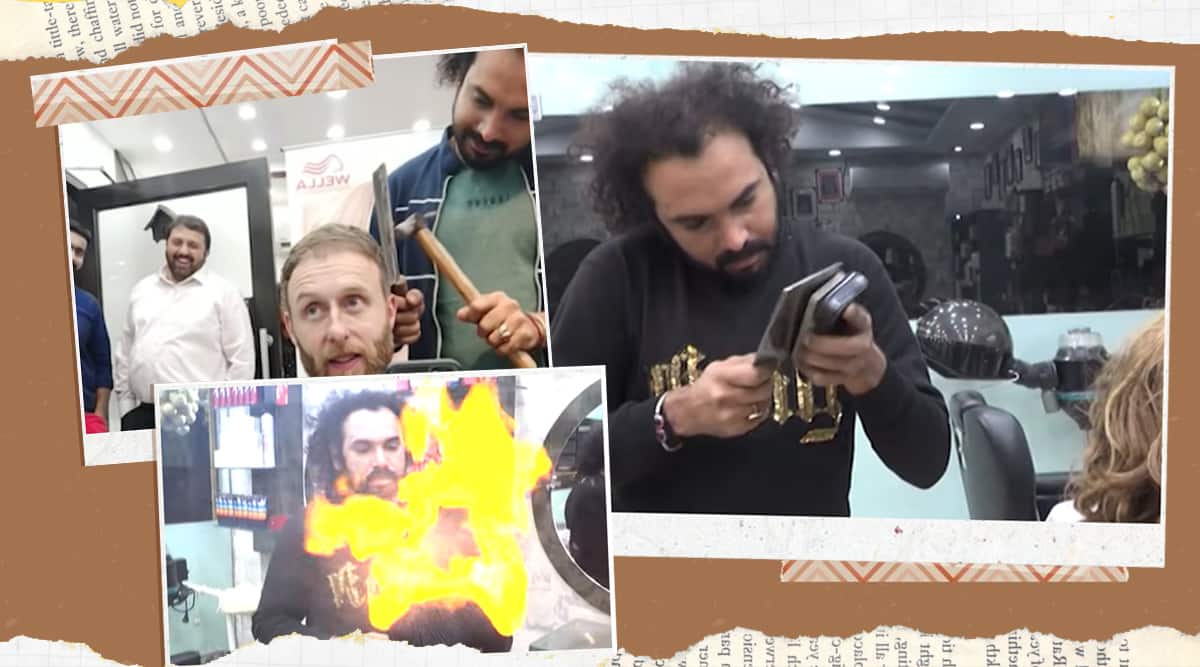 From fancy hair products to elaborate hair colouring, going to a barber no more means just getting a haircut. However, a hairdresser in Pakistan seems to have taken styling a notch higher after he began using hammers, knife, fire, and even glass to give creative cuts to his customer.

In a video shared by local media channel Ary Stories, Lahore based barber Ali Abbas is seen using unique and unconventional methods to cut hair. “Every day, I try to come up with new ways to cut hair. When I used a hammer or knife, it was a kind of experiment for me and I trained for a year to ace it,” Abbas can be heard saying in the clip, which has now gone viral on social media.

In the video, the hairstylist also shared how he even used glass to give layers to his client’s hair. “We can give the same look using scissors however, with glass we have come up with a different and unique way to do it,” he adds.

It is not just the men but even the women who have tried Abbas’s unique haircutting styles and liked them. “I was scared when the cutting was going on but after the cut, I am satisfied with the look and will come again to get my hair styled,” a client at the salon said.

Interestingly, this is not the first time such methods are being used to cut hair. Earlier, a Pakistani barber had gone viral for lighting people’s hair on fire to give haircuts.