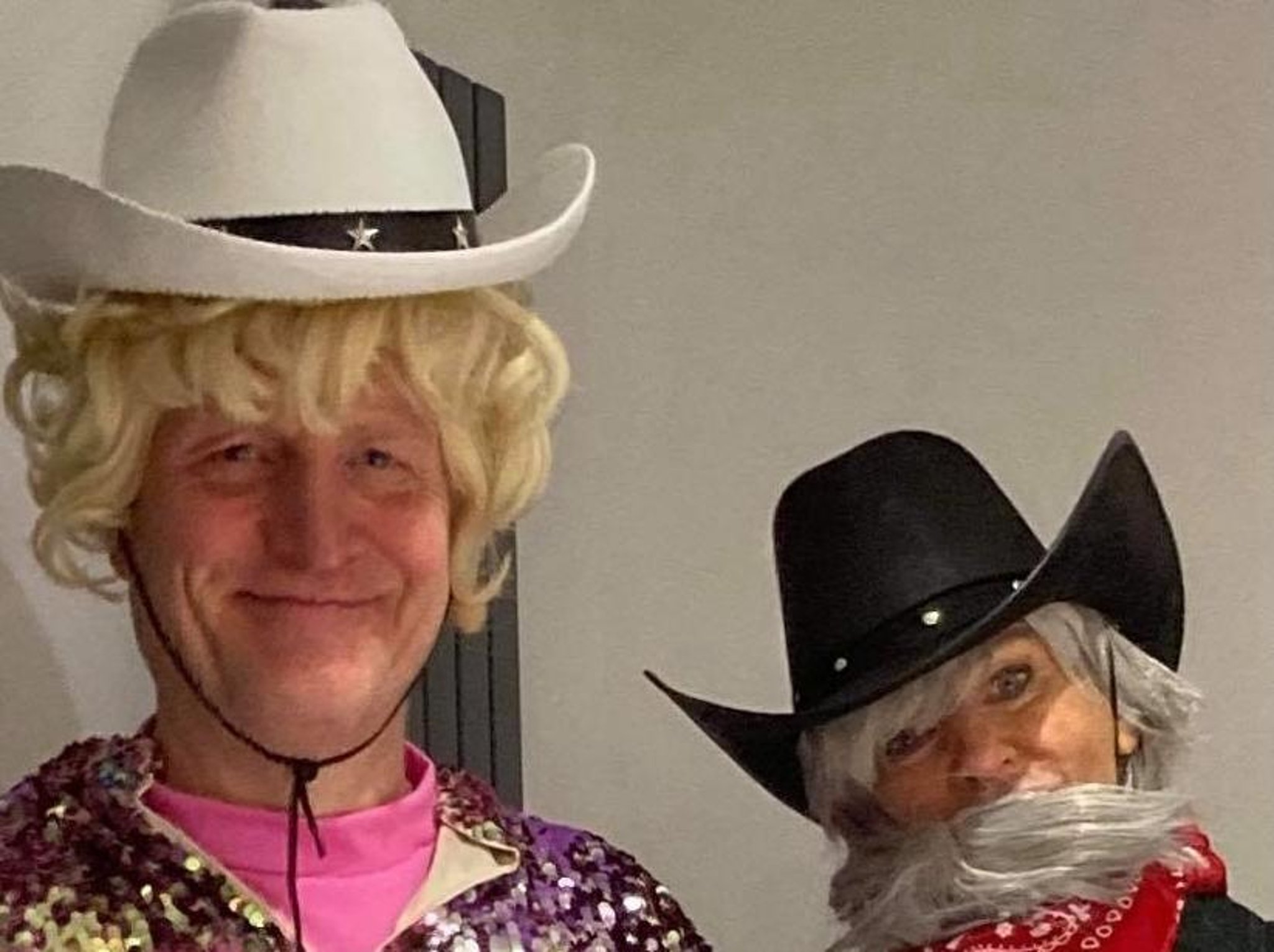 The lessons were a ‘bucket list’ present for fitness instructor Michelle Williamson from her husband Darren.

But little did he realise he would become something of a celebrity after Michelle roped him in to help her practise her duets style.

From Lady Ga Ga and Bradley Cooper, John Travolta and Olivia Newton-John to Kiki Dee and Elton John, Dolly Parton and Kenny Rogers and even The Proclaimers, the couple became an instant hit when Michelle posted one of the video performances on social media. She was inundated with messages from people thanking her for making them smile during lockdown.

Michelle and Darren as Dolly Parton and Kenny Rogers

Buoyed by the positive response, Michelle forked out on costumes and accessories for the couple to transform themselves into the celebrity performers.

And for their rendition of classic hit The Lion Sleeps Tonight by Tight Fit they even managed to persuade son Daniel (25) to wear a monkey costume!

Michelle said: “It all started as I wanted Darren to help me with duet style singing and went from there.

“I have always been involved with performance in some way but Darren is very quiet so when he agreed to it I was really surprised.

Michelle and Darren have been married for 30 years

“He has been an absolute star and even had people spot him in the supermarket asking who we are going to be that week.

“We were really pleased that people enjoyed the performances because we did it for a bit of fun and to help cheer people up when they were stuck in on a Saturday night.”

Married for 30 years, Darren (54) is a retired police officer and Michelle, who is 52, is also a personal trainer. The couple also have a daughter, Ashleigh (27) and two grandchildren, Jaxon (five) and three-year-old Pippa.

The duets were something for Michelle to focus on while her work was suspended during lockdown.

Michelle, who ran Shell’s Belles Dance Academy for 15 years, said: “I love to be active so the thought of not being able to work was unbearable for me.”

Fortunately Michelle got the opportunity to run mental health wellbeing classes at the Vanguard Centre in Burnley for police officers and NHS staff throughout the pandemic, thanks to funding the centre received.

And she is now up and running with outdoor classes at the gym she runs from the family home in Worsthorne.

The Williamsons may hung up their microphones for the time being as lockdown has eased, but Michelle has promised it is not the end of the road for them quite yet.

She added: “We willl be back again so watch this space.”