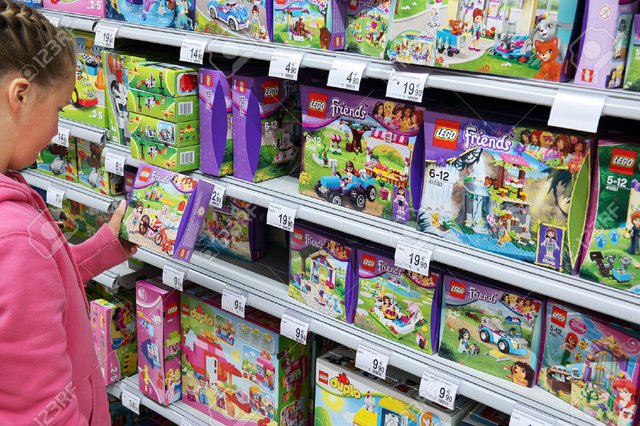 Don’t adjust that dial. The silly season is in full swing.

The California Legislature — the sequel to the Twilight Zone — is in session.

The latest episode is so bizarre that Rod Sterling would agree it deserves a dimension all of its own.

Legislation has been introduced to establish a state law making it illegal for large department stores to stop grouping toys and child care items by gender. They also would be banned from using signs that designate an item as “boy” or “girl” specific.

This was inspired, according to co-author Assemblyman Evan Low, D-Campbell, by a staffer’s 9-year-old daughter. The girl, we are told, complained to her mom that she had to go to the boys’ section to find toys connected with science and math.

It gets even more bizarre.

Co-author Assemblywoman Cristina Garcia, D-Bell Gardens, told the Los Angeles Times that it would “codify” what many retailers are already doing.

Target, Toys-R-Us, and Walmart dropped gender signage years ago. Given the bill targets retailers with more than 500 employees where are the sinners that still have gender signs?

Clearly this isn’t about gender bias in signage. It’s about toy segregation, or is it?

Low shared with the Times the first draft of the bill. It contained language that would have extended the ban on segregating by gender children’s clothes and identifying them as being for boys or girls. Such wording was dropped.

It doesn’t take a physic to know where this is headed. Given they are saying the big players long ago have already run for cover from the social marauders welding what is political correctness as a  bludgeon to comply with their agenda and there aren’t very many other department stores that still sell toys, there is clearly another objective.

What is the point of codifying into state law what the biggest players are already doing? The answer is simple. They are setting the stage for people to be comfortable with the state dictating how businesses stock their shelves.

Clearly they take offense at stores not encouraging inclusiveness.

Garcia says so much in the quote she gave the Times; “This message is about inclusivity. I think we have kids figuring out their identities, and so we want to give them the safe place to do that.”

One can only imagine the real end game especially since the two lawmakers dangled doing the same thing out there when it comes to children’s clothing.

Scrambling toys into one big mess is just the start.

Most retailers — with the exception of Costco — don’t play cat and mouse with customers. It works for Costco because their customers are on a mission to stock up as much as shop. So what if Costco plays musical merchandise in a bid to entice someone to buy a twin pack of 10 pound slabs of Brie while searching for where they had the night crew move the Cheez-Its.

Shopping at Costco was never designed for the faint at heart or to allow anyone to leave the store without dropping $100 minimum.

Target and Walmart, on the others hand, can’t afford to frustrate costumers. They built their in-store models on service and selection.

Imagine how much fun it would be to buy children’s clothes that aren’t separated by gender.

And what defines a child by age or merchandise they’d be interested in since Low and Garcia clearly won’t stop until every nook and cranny of a department store is all inclusive or doesn’t promote an item as gender specific by how they group items.

By the time Garcia and Low get through with telling Target and Walmart how to run their businesses it will be less confusing to shop at a flea market.

Does this mean training bras one day with have to be displayed side-by-side with athletic supporters?

And what message does it send to a 9-year-old struggling with his/her/whatever identify if they don’t see men’s boxers intermingled with women’s panties?

Target has spent a ton of money making it more appealing and easier to shop in their store to lure someone like me who clearly lacks the wherewithal to sell my soul to political correctness machines to get elected to the California Legislature.

Target, for instance, has a nice upgraded area for beauty products (whoops, is that a no-no adjecdtive) next to an equally nice area for men’s grooming and personal hygiene.

Shouldn’t they be intermixed like a card game of 52 Pick Up and stay that way? Besides, why do men get substantially less space devoted to “personal care” items than women?

Perhaps Low and Garcia can legislate eliminating any markings on shoes, shirts, and pants that make a reference to gender whether it is a tag on an article of clothing or signs in stores. That certainly would promote inclusivity not to mention mass confusion for at least 95 percent of the shoppers that have already decided what gender they are.

There are also other considerations that Low and Garcia need to work on to make a trip to Walmart a safe space for people.

There ought to be a state law requiring large retailers to mix Twinkies and Ding Dongs among the Slim Fast so those that want to gorge on junk food won’t be judged by others while browsing aisles.

Any why should the state allow vitamins to be sold in department stores such as One a Day for Men or One a Day for Women? What does that tell a kid if they happen to walk by and see something in a state designated safe place for them to ponder who they are? Doesn’t it send the wrong message that there are only two genders and therefore you must choose? And, heaven forbid, doesn’t it imply there is a difference between men and women?

If Low and Garcia want to make the world a better place by micromanaging retailers, maybe they can introduce a law prohibiting stores from placing the largest pant sizes — think 44 and 46 waists — on the bottom shelf while placing 28-inch pants on the top shelf.

And while they are at it, maybe they can codify the mandatory stockpiling of more large shirts given there are never enough since half the people that would be fine in a medium want even baggier shirts.

Frankly, Target and Walmart strike me as two entities that are quite capable and competent to adjust to societal changing. Nothing is a forced buy in their stores. Compare that with the state’s “business” model that guarantees you sending them money whether you like or not.

If Low and Garcia are earnest in their desire to make California more inclusive for the next generation maybe they can devote more energy to such mundane issues as affordable housing, reining in PG&E bills, not sinking their great-great-great-great grandchildren’s inheritance into high speed rail from Merced to Bakersfield, and getting children back in the classroom.

This column is the opinion of editor, Dennis Wyatt, and does not necessarily represent the opinions of The Bulletin or 209 Multimedia. He can be reached at dwyatt@mantecabulletin.com