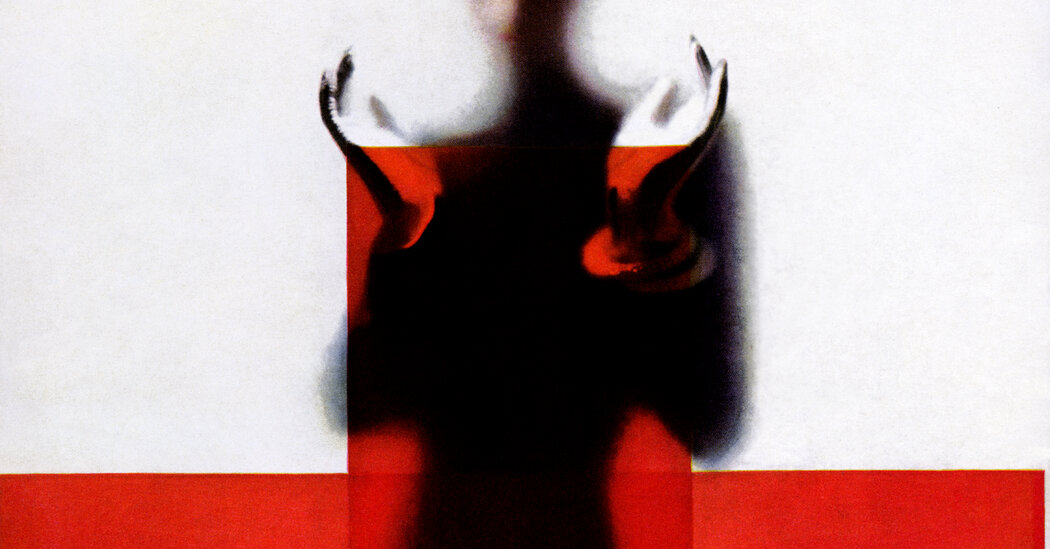 In a city whose news kiosks have become glorified chewing gum emporiums, where the Grand Central newsstand shelves are overtaken by chips and phone chargers, one of my few remaining happy places is Casa Magazines. It’s a hole of a shop on the corner of Eighth Avenue and 12th Street, and every wall and every inch of floor heaves with obscure, international fashion and design publications, for a dwindling class of print lovers. (I still remember, when I founded a magazine in 2015, the relief I felt when I saw my first issue piled on the floor of Casa; then it was real.) Once upon a time, before New York was swallowed into the smartphone screen, the city had dozens of shops like this. Now, if you care about fashion photography and print design, you probably belong in a museum.

Fellow print media nostalgics ought to seek out “Modern Look: Photography and the American Magazine” at the Jewish Museum. It offers a longing gaze on the last century’s fashion and editorial photography — with snaps by Edward Steichen, Irving Penn, Louise Dahl-Wolfe, for publications like Vogue, Harper’s Bazaar, Life, Look, Fortune and the rest.

With just 150 works, among them several facsimiles, the show is too small and spare for comfort. In many places, it feels more like a drive-by of midcentury American graphics and photography than a systematic study. (Among the absent: the photographers George Hoyningen-Huene and Horst P. Horst, and the designer Alvin Lustig.)

I myself got more satisfaction out of the catalog, which reproduces many spreads and photos not on view at the museum. Its essays are meatier than the gallery presentation, and it includes one on Gordon Parks’s editorial work by the art historian Maurice Berger, who died last year in the first weeks of the coronavirus pandemic. Still, the Jewish Museum show’s focus on New York media from the 1930s to 1950s offers an escape hatch from the sameness of our digital lives, into an era when American media could still picture the future.

American magazine photography, like American design more generally, got a jolt around 1930 from Central Europe. Photographers in Weimar Germany had turned away from the painterly, soft-focus imagery that dominated the previous decades, and were using montage, multiple exposures, wide- and narrow-angle lenses, and irregular focus to rethink photography for a new industrial society (although photography only became part of the Bauhaus curriculum in 1929). At this show’s entrance is an experimental still life by the Berlin-based duo Grete Stern and Ellen Auerbach, better known as Ringl & Pit, that used cut paper and collaged fabrics to shill bottled hair color.

In the coming decade Jewish immigrants and other European exiles would bring these innovations to the United States. The German refugee Erwin Blumenfeld, one of the period’s greatest fashion photographers, overlaid the bodies of his models with distorted shadows, or turned up the contrast so high that parts of their faces vanished into white voids. Martin Munkacsi, from Hungary, took fashion editorial out of the studio, most famously when he pictured a model in a one-piece bathing suit striding across a blurred beach: a defining image of ’30s glamour.

Herbert Matter, from Switzerland, made abstract photographs of white fabric twirling in deep black space, which ended up in ads for stockings. Their arrival coincided with advances in photographic reproduction, as well as a bolder and more modern sort of magazine layout — discussed in this show’s catalog but only on partial view in the galleries.

The two great art directors of the years around World War II — Alexander Liberman at Vogue, and Alexey Brodovitch at Harper’s Bazaar — were both White Russian émigrés, and both had gotten their start behind the camera. Brodovitch commissioned photographers who abstracted and stylized the fashions of the day, and in his own work, above all the renowned photobook “Ballet,” he blurred and slurred bodies into grainy phantasms.

Liberman began his career at the pioneering French photo magazine Vu, and later he brought to Vogue a disjunctive, highly graphic style that drew from the photomontages of Russian Constructivism. Images in ’40s Vogue could overlap or be placed at an angle, and dresses and shoes would appear in strange, surreal proportions. (These immigrants make “Modern Look” an interesting corollary to “Engineer, Agitator, Constructor,” the interwar graphics show at the Museum of Modern Art earlier this year. You can use the same Soviet-born montage techniques to sell revolution or eyeliner.)

“Modern Look” evokes the 1940s Vogue through images by Penn, Blumenfeld, and also Frances McLaughlin-Gill, the first female fashion photographer on contract there, who shot models on street corners, in diners, and outside the chicest new building in town: the United Nations Secretariat. There are also reproductions of covers on free-standing panels — among them the extraordinary number of March 1945, photographed by Blumenfeld and art-directed by Liberman, depicting a blurred model behind two pieces of red tape, alongside the caption “Do your part for the Red Cross.” Scary and sad to think that no mainstream fashion title would now publish a cover this bold — and there is more in the catalog, which reproduces Vogue’s presentation of photographs from Buchenwald in the issue of June 1945, shot by Lee Miller.

Beyond fashion, the show also includes editorial photography, engaged with segregation and class and the aftermath of war, by the likes of Parks, Margaret-Bourke White and Lisette Model. The same graphic innovations began to appear in business publications like Fortune, and in the booming advertising industry. You’d wish this show engaged more with the typographical and layout innovations, by designers such as Lustig and Ladislav Sutnar, that accompanied these midcentury photographs on the printed page. But what is here, particularly facsimiles of crisp, colorful covers of the science magazine Scope by the German-born designer Will Burtin, will first delight and then depress those of us imprisoned in the Instagram-optimized minimalism of contemporary marketing. (How much more rounded lettering on coral and tan backgrounds do I have to take?)

By the mid-1950s this golden age had started to rust. TV arrived. Ad revenue shrank; so did page counts. Editorial grew less experimental, but “Modern Look” has a coda of postwar photographers, like William Klein and Saul Leiter, who found an autonomous voice in the world of art. Klein had contributed when young to Liberman’s Vogue, but the magazine would soon have no room for his unpolished street photography — to say nothing of his “Atom Bomb Sky, New York,” a 1955 cityscape whose slow exposure makes the Manhattan sunset look like Hiroshima.

But today even the art world no longer offers an escape from the standardizing pressures of the social web, where art and advertising and your friends’ vacation pictures all have the same optimized coloring and buffed surfaces. (It’s got so bad that Juergen Teller, one of the few remaining photographers using unfiltered lighting and irregular flash, lately has been denounced by cameraphone addicts as a “bad” photographer.) The deepest pangs in “Modern Look” come not from the vanished glamour of midcentury print media, but from the crushing demonstration of how technologies we once thought might liberate creativity ended up imposing the narrowest algorithmic rules. As for my beloved Casa Magazines on Eighth Avenue, friends of the shop have done what needs to be done to save the print business: They set it up with an Instagram account.