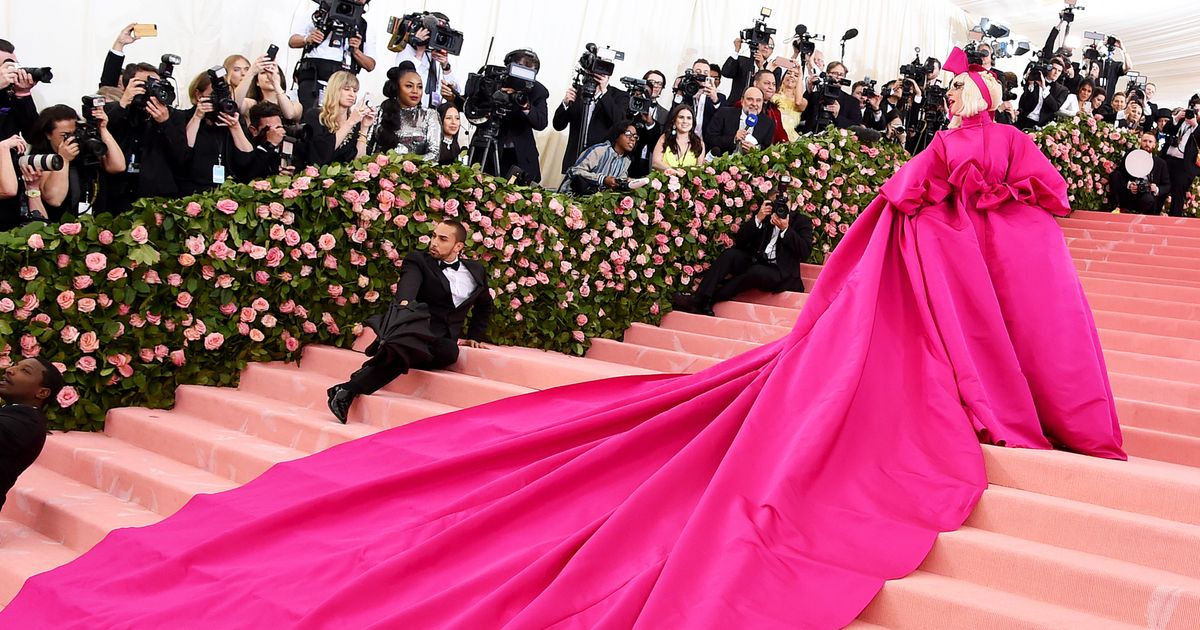 Breaking: Jason Derulo will fall down the stairs at the Met Gala this year. The famed ball benefiting the Costume Institute at the Metropolitan Museum of Art will now take place on September 13 instead of in May, per Vogue. Following 2020’s canceled event, the informal formal dress code — inspired by this year’s two-part exhibition — will celebrate the trends born out of the capitalist experiment we call home: The United States of America. “I think that the emphasis on conscious creativity was really consolidated during the pandemic and the social justice movements,” Andrew Bolton, the Wendy Yu curator in charge of the Costume Institute, told Vogue. “And I’ve been really impressed by American designers’ responses to the social and political climate, particularly around issues of body inclusivity and gender fluidity, and I’m just finding their work very, very self-reflective. I really do believe that American fashion is undergoing a Renaissance.”

The two-part exhibition will be presented over the course of 2021 and 2022 in different areas of the museum. Part one, “In America: A Lexicon of Fashion,” will open in the Anna Wintour Costume Center on September 18 and remain open when “In America: An Anthology of Fashion” debuts on May 5, 2022. Both shows will run until September 5, 2022. The first exhibition is constructed within an “imaginary house,” where each room represents an “emotive quality” and is occupied by a fashion ancestor and its descendants. “So for the porch, which is warmth, the idea would be to have perhaps Bonnie Cashin’s blanket coat that we pair with André Walker’s coat made from Hudson Bay blankets,” Bolton explained. “In the garden, which is joy, the idea is to have a Mainbocher printed floral dress with the Oscar de la Renta dress that Taylor Swift wore to the Grammys.” You mean the one on our Ren Faire mood board? The second part of the exhibition will focus on unfinished stories in American fashion history “in the context of race, gender, and materiality.” This year’s exhibitions are “made possible” by American app Instagram, with additional support from Condé Nast. The Met Gala, which generates most of the Costume Institute’s funding, will be a smaller celebration timed with the close of New York Fashion Week. Five months out and you already know: Rihanna will win.