Taimoor, Rahul and a brown wallet: A Bollywood-style chase in London that has Twitter hooked 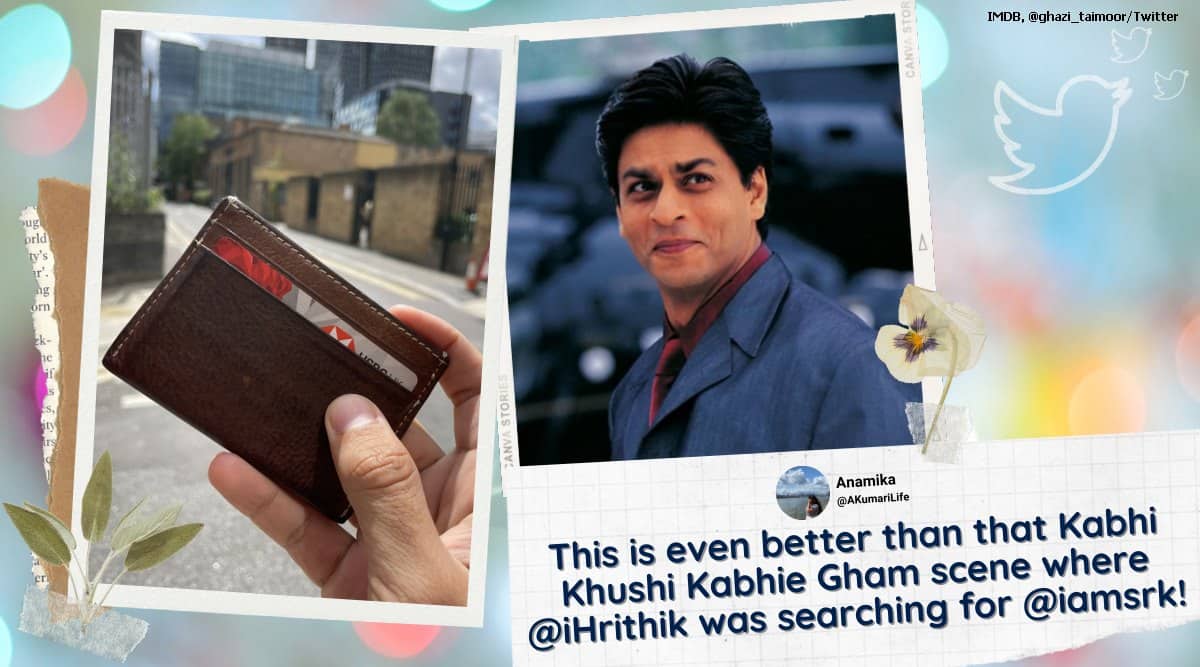 It’s not everyday that a kind stranger comes looking for you if you lose something valuable. But for one Rahul in London, things had a Bollywood-style ending after he lost his wallet with all his credit cards.

Ghazi Taimoor, a Good Samaritan from Lahore who lives in the city, came across the wallet – his discovery leading to a heartwarming hunt to trace its owner and a filmy thread of the adventure now winning the internet.

Taimoor,  from London’s Shoreditch neighbourhood, found the brown wallet on the street. He shared a picture on Twitter, announcing his hunt for its owner and promising to keep the netizens informed.

“Name on the bank card suggests the wallet belongs to a Rahul R******. Time to HUNT RAHUL DOWN.”

Taimoor started his hunt by trying to find Rahul on various social media platforms, but it was a dead end. “No Rahul R****** on Facebook or Instagram. Very private individual with no social media. Common Rahul, could do better than that,” he wrote jokingly.

Name on the bank card suggests the wallet belongs to a Rahul R******. Time to HUNT RAHUL DOWN.

He then went on the professional networking platform, LinkedIn, to try out his luck and came across three profiles, of which one worked in London. But the account was locked and the kind man couldn’t reach out to him.

While ordinary folks might have given up at this point, Taimoor being Taimoor didn’t stop there. Undeterred, he tried to look for Rahul’s office address next!

LinkedIn says Rahul works for a UK Food and Beverage company. Has to be him! I’m going to call their head office now. Google Maps searching their Head Office.

This time, Google Maps failed in throwing up Rahul’s office address. Will Taimoor give up now? No way. He stumbled on something useful. “Found the address on their Annual accounts filed on Companies House. I’m one step closer to Rahul. Head office in Shoreditch.”

This is where things got really interesting. In his Twitter posts now, a delighted Taimoor was now using Bollywood references, starting with, you guessed it, the industry’s most popular Rahul: Shah Rukh Khan.

Found the address on their Annual accounts filed on Companies House. I’m one step closer to Rahul. Head office in Shoreditch. pic.twitter.com/CloWqQIuHa

“‘Anjali-style’ running to his head office now,” the man posted. “Thought as I’m walking towards Rahul: Does he know the universe has conspired us to meet? Will he accept this gesture of friendship?”

Thought as I’m walking towards Rahul: Does he know the universe has conspired us to meet? Will he accept this gesture of friendship? Is Rahul a feminist?

But this Anjali needed some coffee before pursuing his mission further, leaving the glued Twitterati guessing what comes next.

“Rahul main aa gayaaaaa. Buzzed on the main door. Babu ji let me in,” he wrote, sharing a picture of the office building before heading inside to find Rahul.

Hallelujah. The effort paid off, the hunt ending with Rahul in tears upon meeting the good Samaritan. “We found Rahul. Finance Manager. He’s in shock. Tears in his eyes,” he tweeted, sharing an image of the brown wallet’s owner.

Guys! We found Rahul. Finance Manager. He’s in shock. Tears in his eyes. We got you Rahul! pic.twitter.com/VQ7qvUMGMB

The live-tweeted hunt garnered significant interest and attention, amassing over 6,000 likes. The hooked Twitterati applauded him for his narration, peppered with apt Bollywood references.

While some joined the conversation adding their own filmy inputs to the chase, others called it “the best thread of the year”.

Of course, a lot of people ended up thanking Taimoor for going out of his way to return the wallet to Rahul.

Such a happy thread https://t.co/EJBsDo1XKc

Returning it to HSBC would have been like Hollywood, but we desis are Bollywood fans.👌 Good job. https://t.co/4x2oySS22O

You are unbelievably amazing guy 😊🙏 https://t.co/48gU6a2LQw

the THREAD was really beautiful! 🥺
Just saying you could have used his card and he might have contacted you back 🤭😂 https://t.co/T3UsVkYwyd

This is even better than that Kabie Khushi Kabie Gham scene where @iHrithik was searching for @iamsrk! https://t.co/M6vhukZ4f7

LMAOOOO I lOVE THIS! 😭😂 https://t.co/WJYbZURPqr

Karan Johar taking notes to write his next script 😋

I honestly, truly thought you’d pull out a Rahul Raichand twist in the end. pic.twitter.com/ZsFdw55Rdw

Can we get his full name now? Or should we keep thinking its Rahul Raichand? pic.twitter.com/MmaiBqiAjX

Omg Rahul. Am sitting in effing Maldives ignoring the sodding sights and reading this. Wish I was in Shoreditch. Ok maybe not.

Salute. Wonderful and socially responsible effort. Made my day 😀😀😎😎. Lots of prayers for you Taimoor..

You have left the story in suspense with an open question – has Rahul blocked his card or not ? I think I have to wait for the second part of this series for this answer where you could tell us the story from Rahul’s point of view 😉

You seem to be a good person ! Taking so much of pains is rare to see or hear now a days