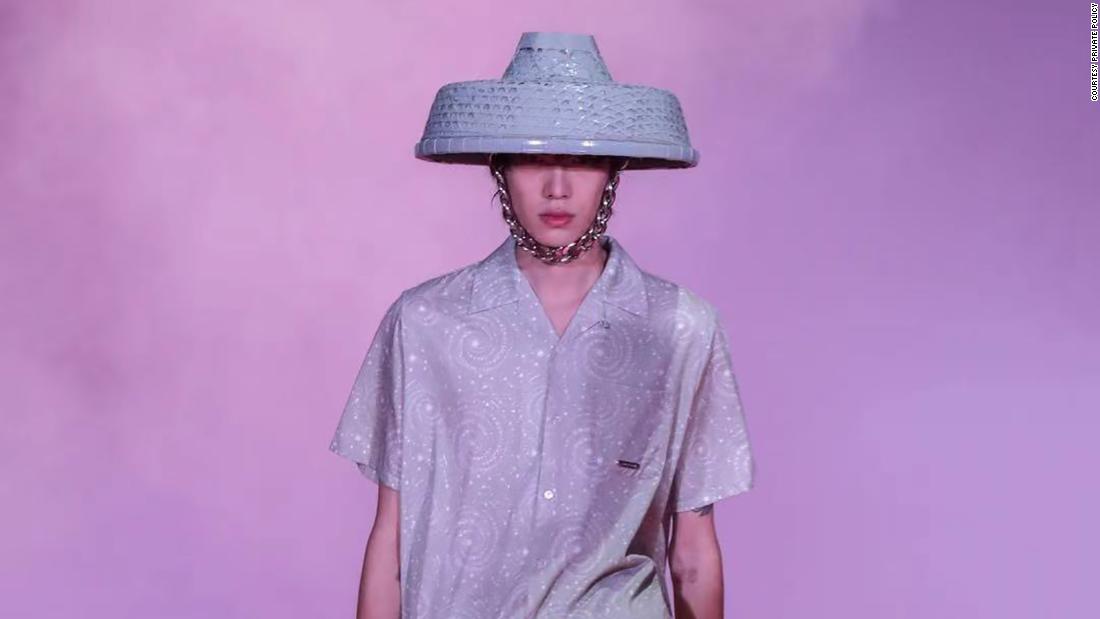 At a Shanghai art museum built from converted oil tanks, an eclectically dressed crowd chattered excitedly and lamented the long wait for a showcase by Chinese fashion label, Private Policy. But attendees’ impatience quickly dissipated as they were admitted to the venue and the brand sent its latest creations down a pink catwalk bathed in artificial fog.

The thrill and anticipation of runway shows has been sorely missed across the fashion world in the past year. But while events in Europe and North America are still impaired by the ongoing pandemic, it was business as usual in China.

Shanghai Fashion Week’s Fall-Winter 2021 edition, titled “Bloom the Spring,” was one of the only fashion weeks to host a full physical program for the upcoming season, following Taipei’s in March. Launched in 2003 to a relatively underwhelmed response from the industry, the biannual event is now an important date on the fashion calendar — even before Covid-19 made it one of the only places to see new collections in person.

A look from emerging designer Shie Lyu’s collection, which made use of upcycled materials. Credit: Courtesy Labelhood/Shie Lyu

A handful of international brands participated this season, though Shanghai Fashion Week is still very much made in China and made for China. Across the eight-day program, homegrown labels were responsible for the majority of the 100-plus runway shows showing at four venues across the city.

The aforementioned Private Policy is also juggling cultural influences. Founded by Chinese designers but based in New York, the label’s latest collection, which debuted Thursday evening, alludes to the experiences of America’s 19th-century Chinese immigrants and, by extension, the recent surge in hate crimes targeted against Asian Americans.

The show also marked something of a homecoming for the brand, which is known for combining timely social issues with club-kid fashion. And while Covid-19 has presented unexpected challenges, it also provided co-founders Haoran Li and Siying Qu with an opportunity to test out the market in their home country.

“Returning to the market is a very important and meaningful move for us,” Li said in a phone interview, adding that Covid-19 has even stoked new demand in the country. “It may be because many buyers can’t travel (overseas to shop), so sales are being repatriated back to China.”

Those sales are, increasingly, digital. In mainland China, online retail — in all sectors, not just fashion — experienced a 10.9{0c50a39dd584ba5fb4b6467726ffaa15c472727d41971bd60f72623a9464340d} gain in 2020 on the previous year, according to the country’s National Bureau of Statistics. But livestreamed e-commerce — whereby vendors broadcast interactive shopping experiences to, mostly, mobile devices — grew by over 120{0c50a39dd584ba5fb4b6467726ffaa15c472727d41971bd60f72623a9464340d} in the same period, the market research firm iiMedia Research reported. (Indeed, Shanghai Fashion Week kicked off last Tuesday with an online session hosted by famous livestreamer Jiaqi “Austin” Li that was watched by over 10 million viewers, according to the event’s co-organizer, Labelhood).

A look from Yuhan Wang, one of a number of uo-and-coming designers on show at Shanghai Fashion Week. Credit: Courtesy Yuhan Wang

So, although Private Policy has seen the number of Chinese boutique and department stores carrying its products jump from 15 to 40 since early 2020, the design duo has also been exploring new online sales strategies since returning to China last August.

“I’m learning new things every day,” Li said. “We are now trying to explore direct-to-consumer channels in China. There are so many platforms, from (the e-commerce platform) Tmall to (the social media service) Little Red Book, in such a diverse environment.”

Shanghai Fashion Week is also shining a spotlight on up-and-coming designers thanks, in part, to a collaboration with Labelhood, a platform that nurtures emerging young talent. Among them is Louis Shengtao Chen, one of 12 young talents to make their runway debuts at this season’s shows, according to a statement from fashion week organizers.

The 24-year-old has recently decided to put his master’s degree, at London’s prestigious Central Saint Martin’s, on hold in order to focus on his eponymous label, which is just three months old.

“It’s very tough to grow from a student to a director of a brand within such a short period,” he said in a phone interview during Shanghai Fashion Week, as he completed the final touches of his display booth.

“After founding the brand in January, I had so many basic questions: Who’s going to sew these clothes for me? Where does my material come from? How am I going to learn about budgeting, production and pricing? I’ve never done these things.”

Among the 35 looks in Chen’s intimate debut collection, which showed on Sunday, were jackets rich in lace-heavy detailing, a leather handbag in the shape of a cone and latex dresses featuring recycled car parts. He called the collection “Debutante,” alluding both to his runway inauguration and his brand’s focus on womenswear.

Despite the focus on emerging designers like Chen, there were also plenty of big-name appearances. On Friday, Taiwanese-Canadian fashion designer Jason Wu showed his Spring 2021 collection, which combined joyful magentas, yellows and lavenders in flowy pants and jumpsuits inspired by vacations to Tulum, in Mexico’s Yucatán Peninsula.

Then on Monday evening, Dior debuted its Fall 2021 ready-to-wear collection, inspired by pop art and new futurism, at Shanghai’s Long Museum, just months after launching a men’s collection in Beijing. In a sign of the times, the line will be made available on e-commerce and streaming platforms including WeChat, Bilibili and the Chinese version of TikTok, Douyin.

“Moving to China is kind of an unavoidable tendency in the world right now,” said Shaway Yeh, founder of creative agency Yehyehyeh and an influential figure in Chinese fashion media, via WeChat. “China has become the only market that’s still vibrant (in the wake of) the pandemic.”