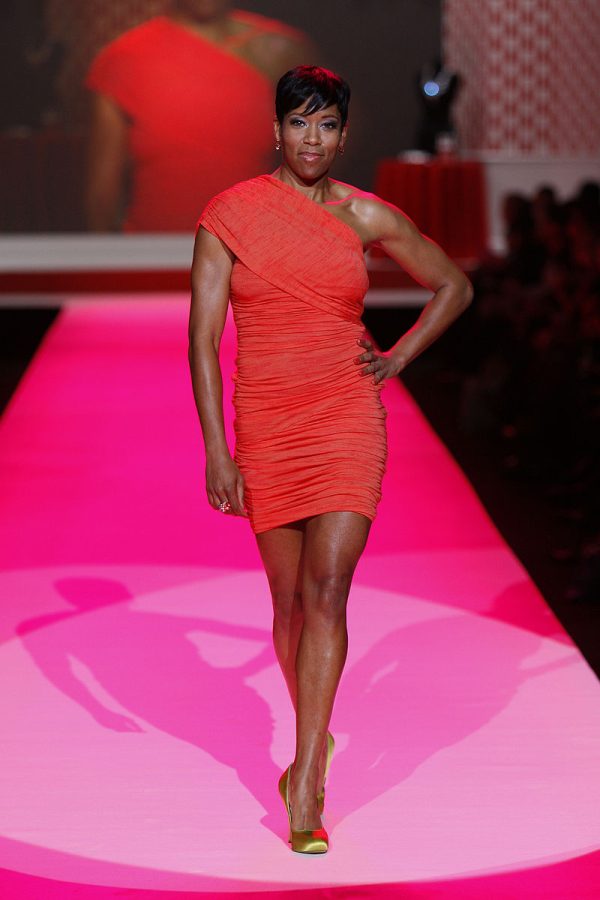 These designers should be celebrated no matter the time of year

Tracy Reese of Hope for Flowers

American fashion designer Tracy Reese has been working in the fashion industry since 1990. In 2019, Reese launched her brand, Hope for Flowers. Her brand prioritizes sustainability, sourcing textiles ethically and using organic cotton and linen. In addition, Hope for Flowers works in collaboration with the Industrial Sewing and Innovation Center in Detroit, which empowers women in underserved communities. Reese’s colorful designs and vibrant patterns have caught the attention of Michelle Obama, who wore this dress at the Democratic National Convention in 2012.

Aiming to address discussions of race, sexuality and identity, British designer Grace Wales Bonner combines European and Afro-Atlantic approaches to her designs. Her label, Wales Bonner, focuses on menswear and tailoring, making everyday clothing – such as tracksuits – more elegant. One year after the launch of her brand in 2014, Bonner was awarded “Emerging Menswear Designer” at the British Fashion Awards. Since then, she has won the LVMH Young Designer Prize (2016) and the Vogue Designer Fashion Fund in 2019. In that year, Anna Wintour, editor in chief at Vogue, mentioned Bonner as one of the designers she was most excited about. In addition to her work as a designer, Grace Wales Bonner is also a lecturer at the Parsons School of Design in New York City.

Haitian American designer Raymond aims to portray Black America’s past, present and future through his brand, Pyer Moss. Raymond experienced his breakthrough during his Summer 2016 fashion show, which highlighted police brutality and the Black Lives Matter movement. More recently, Raymond conveys Black achievements through his collections. His 2021 couture show portrayed Black inventions, such as the fire escape, traffic light and peanut butter. Pyer Moss strives to combine debate, activism, social commentary and theater through his collections, achieving this through collaborations with other artists, such as musician Erykah Badu.

Abloh, who grew up in Illinois, initially studied architecture. In college, however, he developed an interest in fashion, eventually leading to a friendship with fellow designer and rapper, Kanye West. Abloh launched a retail store in Chicago, founded his label Off-White and in 2018 became the first African American man to be appointed as the director of a French fashion house, Louis Vuitton. Abloh was also one of the first designers to bridge streetwear and luxury clothing. His collections were known for their use of quotation marks, protective gear and the manipulation of bright colors and patterns into looking minimalistic. Abloh also started a scholarship fund to support Black fashion students.

Adeola started her fashion brand at only 18-years-old, yet in the six years since then, she has already left a significant mark on the fashion world, dressing major names such as SZA, Gigi Hadid and Dua Lipa. Her love for art history translates into her clothing, Adeola states that she wants to embody the Black Renaissance. In turn, her collections can be identified by their sheerness, tulle and frills. Adeola gained recognition recently for her line of frilly masks, which were featured here on CNN.

Telfar Clemens, a Liberian American designer, founded Telfar during his time studying at Pace University. Being openly queer, Clemens uses his label to advocate for gender fluidity in fashion, and his collections are often unisex. He was the CFDA fashion fund winner in 2017 and further rose to prominence for his 2019 show, which celebrated Black Future month. Clemens launched a line of do-rags in 2020 and designed Liberia’s uniforms for the 2020 Olympics. The brand, Telfar, is now arguably most recognized for its handbags, which are both chic and practical.

Nigerian designer Iyamah is strongly inspired by her African roots and elements of nature. Her brand, Andrea Iyamah, which was founded in 2011, is regarded as the leading African resort wear brand. The brand is especially recognized for its unique take on swimwear that incorporates bright colors, motifs and patterns from her culture. Iyamah states that it is crucial to wear clothing that speaks to the wearer “culturally and spiritually.” She also believes that clothing should cater to all body types, and her pieces are designed to flatter and celebrate women of any figure.

Laleh Panahi can be reached at [email protected]