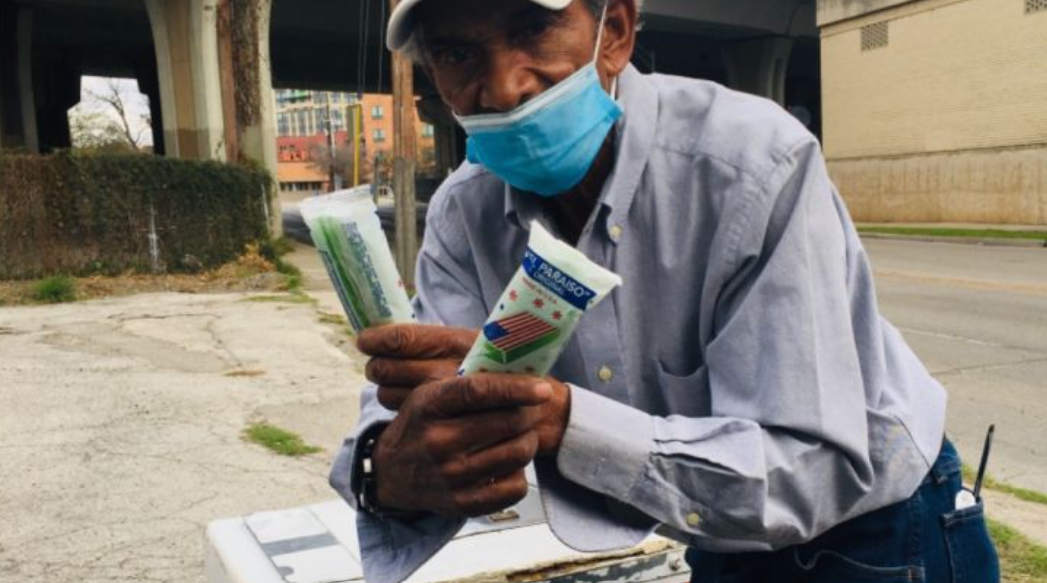 San Antonio is pitching in to help a downtown-area paleta man.

A group of online donors surpassed a $1,500 goal in five hours and are now pushing towards $2,500 to gift a man known for pushing his paleta cart near the Pearl, throughout unfavorable weather conditions and now, the coronavirus pandemic.

Luis Muñoz, a local TV producer, launched the GoFundMe in honor of the man he has purchased ice cream from the more than five years. Muñoz said he doesn’t know the vendor’s name, but he’s grown familiar with his work ethic and compassion.

RELATED: How H-E-B is working to support inclusion, starting with spotlighting Black-owned brands

“It could be raining or freezing, he’s out there trying his hardest,” Muñoz said. “It’s an old school work ethic that reminds me there’s no excuse to slack.”

Muñoz typically buys out the man’s supply, to share with friends or stock up his freezer at home with flavors like mango, tamarindo, vanilla with raisins. He said the idea to raise money for the man came about on Friday when he saw him give a paleta to a homeless man near Broadway.

Muñoz said he told the man his idea to crowdsource support on social media and GoFundMe. The man agreed to pose for a photo for Muñoz to share with friends. The fudnraiser organizer said all the man really wanted was for him to tell his friends to buy ice cream from him.

The online fundraiser was launched three days ago, and 86 donors have already surpassed the goal, bringing the current total to $2,403. Some notable San Antonians including expected mayoral candidate Greg Brockhouse, Spurs emcee Chuck Cureau and Vanessa Macias are listed as contributors on the public list of donations.

RELATED: San Antonio 10-year-old cashes in on GameStop stocks he was gifted 2 years ago

Muñoz said he’s keeping an eye out to for the man so he can share the news with him. He said he hopes he uses the money to make his work easier or relax from the grueling route Muñoz estimates to be about 20 miles long.

“Honestly, whatever he may need to make life better for himself,” Muñoz said, suggesting a new pair of walking shoes might be useful.

He hopes the support shown for the paleta man will motivate others to lend a hand in their neighborhoods.

“I just want to encourage people to find someone in their community to help,” he said. “There’s always someone who needs it.”