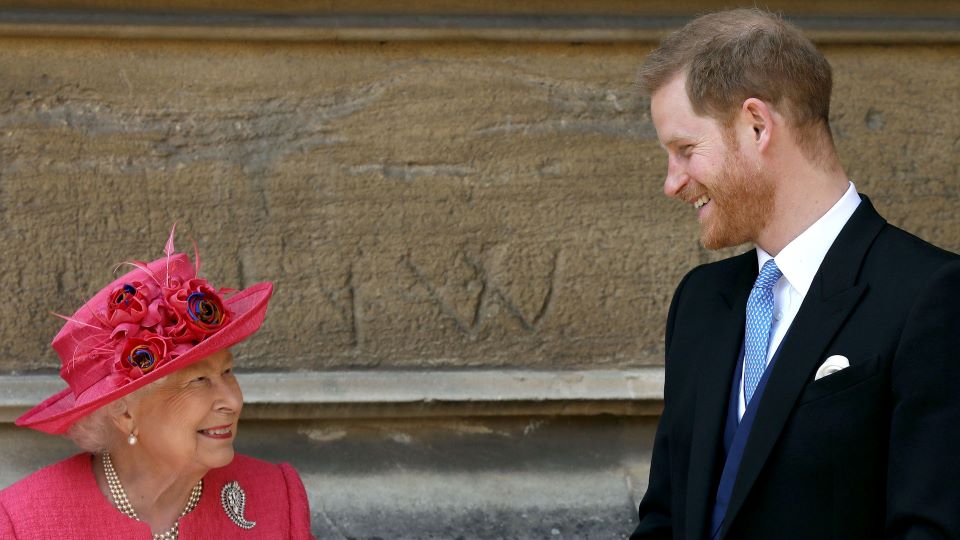 Although the Duke and Duchess of Sussex weren’t able to be alongside Her Majesty in the U.K. for her birthday, that doesn’t mean they didn’t send her a thoughtful present. The Queen’s birthday gift from Prince Harry and Meghan Markle was something “special” indeed, HELLO! reports.

It is believed that Meghan, 39, and Harry, 36, sent their well wishes to the Queen on her 95th birthday on Wednesday, April 21—which also happened to be her first birthday without her husband Prince Philip by her side in over 70 years. The Duke of Edinburgh passed away at the age of 99 on April 9, and his funeral took place just four days before the monarch’s birthday. Prince Harry, who relocated to Montecito, California following his royal exit with Meghan, traveled to attend Prince Philip’s funeral at Windsor Castle in the U.K. (Meghan, who is far along in her pregnancy with their second child, remained home in California following doctor’s orders).

While it was rumored that the Duke of Sussex considered extending his stay in England until after his grandmother’s birthday, he ultimately returned home to his wife Meghan and their 1-year-old son, Archie, one day before the Queen’s special occasion, Harper’s Bazaar confirmed. But Prince Harry didn’t forget to celebrate the Queen’s birthday before heading home!

As per HELLO!, the Duke of Sussex made sure to leave a gift with his grandmother on his and Meghan’s behalf. While the site didn’t reveal exactly what this “special gift” was, sources previously hinted at what the Sussexes had planned for the Queen’s 95th birthday present in the event that they wouldn’t be able to make the trip to the U.K. due to current travel restrictions. In February 2021, royal expert and editor at Harper’s Bazaar told OK! Magazine that Meghan expected to send the Queen “some gorgeous flowers” along with a homemade card from her and the monarch’s great-grandson, Archie.

The Duchess of Sussex is known for her thoughtful gifts, so it’s safe to say this time is probably no different. According to a report from The Sun, Meghan once gifted the Queen a singing, dancing hamster toy—keeping in line with the royal family’s tradition of gifting gag gifts on special occasions. Her Majesty reportedly loved the hilarious present, which caused her to “burst out laughing” at the time.