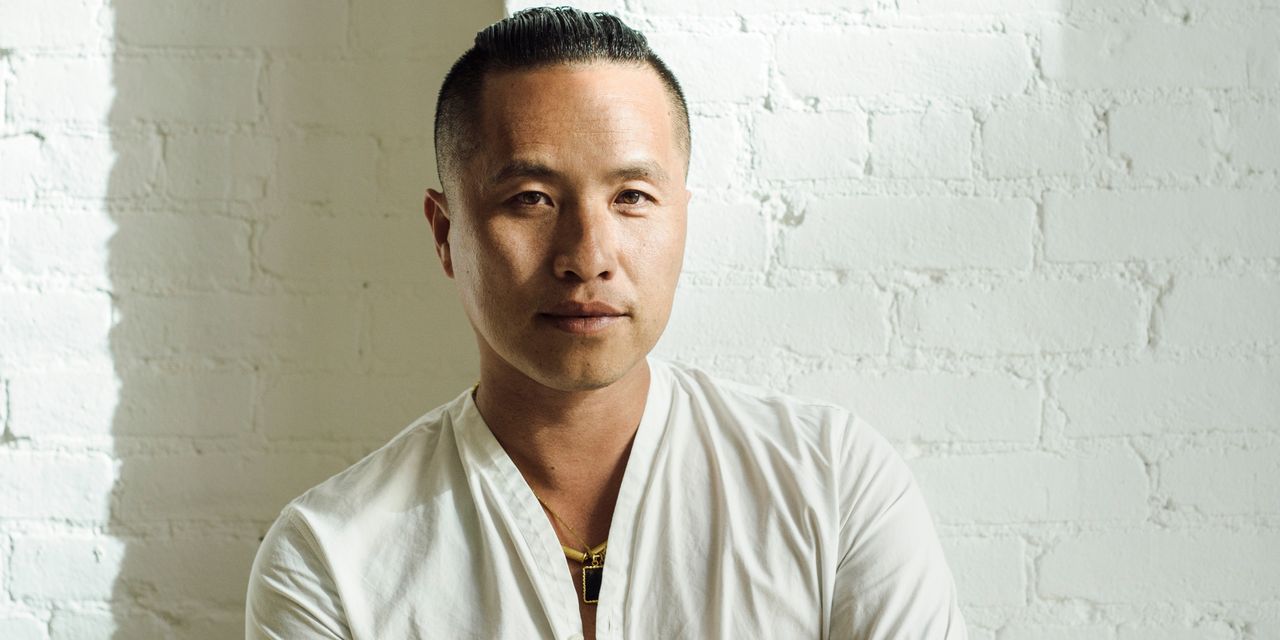 DURING THE SUMMER of the pandemic shutdown, fashion designer Phillip Lim moved his studio from anodyne Brookfield Place in lower Manhattan to the center of bustling Chinatown. To him, it felt like the right thing to do at a time when the historic Chinese neighborhood was reeling from racism, violence and economic depression. Mr. Lim, whose Chinese family survived the Cambodian genocide and landed in Southern California when he was a child, wanted to be present in the community that he says “feels like home.” Now he walks down Baxter Street daily, checks in with shop owners and eats chicken pho at Nha Trang One and pork chops at Bo Ky. He talks traditional goldsmithing at the New Top Jewelry shop. Speaking from his home in nearby Soho, Mr. Lim said, “Creativity still comes from here. Beauty still is born from here.”

It was a natural move for a well-respected designer who has increasingly become known as an organizing force in the Asian-American community and beyond. “If you look at the last 20 posts on my Instagram, it looks like I’m an activist,” he said. “It looks like that has nothing to do with fashion anymore.”

Mr. Lim has been raising awareness about anti-Asian racism and xenophobia for over a year. He first appeared on CNN to raise the alarm in February 2020 after being shaken by the news that an elderly man in San Francisco was attacked while collecting cans. He returned to speak on the network one year later, as violence against Asian-Americans continued to rise. Then came this week’s killing of eight people including six women of Asian descent in the Atlanta area, for which the investigation is still ongoing. Mr. Lim described the news rippling through his “three different group chats of Asian excellence: the ‘Asian Avengers,’ the ‘Slaysians’ and ‘Go Fund Good Stuff’” as “a punch in the gut.” “You could feel the collective sense of loss,” he said. “And we just got back up and this means more than ever, this [activism] is more important than our day jobs.”

This week alone, Mr. Lim co-hosted and spoke at a virtual event called “Doing Something About It: Conversations about Culture, Community and our Collective Power.” The Asian American and Pacific Islander Community Fund, which he co-founded in collaboration with Go Fund Me’s chief marketing officer Musa Tariq, reached over $2 million in donations. The fund, which raises money and advocates for grassroots AAPI organizations, was developed over a period of two weeks after its organizers finished work. Since Go Fund Me is based in California, for Mr. Lim that meant logging on at 9 pm to do the demanding work of setting up a charitable venture.

Often, those late nights would be followed by early-morning fittings for his line, 3.1 Phillip Lim. The name of the company, which he launched in 2005 with his friend and business partner Wen Zhou, is a nod to the ages of the two founders when they began it: 31. The brand occupies a sweet spot in American fashion: affordable yet low-key luxurious; interesting yet not overly designed. Mr. Lim has won awards from the Council of Fashion Designers of America (CFDA) for womenswear, menswear and accessories. His most recent fall collection was typical of his approach to elevated sportswear: Its finale look was a mix of slouchy houndstooth tailoring with a slim baby-blue cardigan.

Having found his groove creatively, for years Mr. Lim stayed in his lane and focused on growing his business. He explained, “When you work in fashion, people are always like, ‘Just stick to fashion, just make pretty things.’…You could never mix business with politics because then it gets not neutral anymore.” Now, he realizes, “I can’t separate a world of fashion with the reality of what’s happening to our people.”

Of the outmoded idea that clothes should speak for themselves, he said, “Hello, that consumer has left the building. You have to speak, you have to get in front of and be the face of the brand because your customer needs to know what your point of view is, what your values are, what you stand for.” Mr. Lim asserted that his brand was now less about “physical beauty” and more about “the beauty in shared values.” He continued, “I can no longer separate Phillip the person from Phillip Lim the brand.”

One model for this kind of values-driven fashion is the conscious outdoors company Patagonia, which Mr. Lim would love to partner with in a “dream collaboration.” He explained, “Once you have that courage as a brand, it starts to automatically change the marketing and the brand strategy. And in the end, your business will be better for it.”

Mr. Lim has already begun introducing cause-driven garments, with “New York, Tougher than Ever,” the project he launched last year with creative director Ruba Abu-Nimah. The initiative does periodic drops of T-shirts, sweatshirts, tote bags and key rings emblazoned with slogans including “New York, Tougher than Ever” and “Stop Asian Hate,” with 100{0c50a39dd584ba5fb4b6467726ffaa15c472727d41971bd60f72623a9464340d} of net proceeds going to various charities. The line shifts focus depending on what’s going on the world; last September it released “Beirut. Tougher than Ever” hoodies in both English and Arabic after a huge explosion occurred in Lebanon.

As the youngest of six kids raised by refugees, Mr. Lim said, “I’m working hard to make sure that I don’t lose sight of where I come from.” When he was growing up his mother, Hannah, was a full-time mom, but also a full-time seamstress. Reflecting on his own over-full plate, he remembers hers and wonders how she managed. “I do this because I want to. She did this because she had to.”