Olympics: People are calling for Ralph Lauren to be replaced as designer of Team USA’s outfits 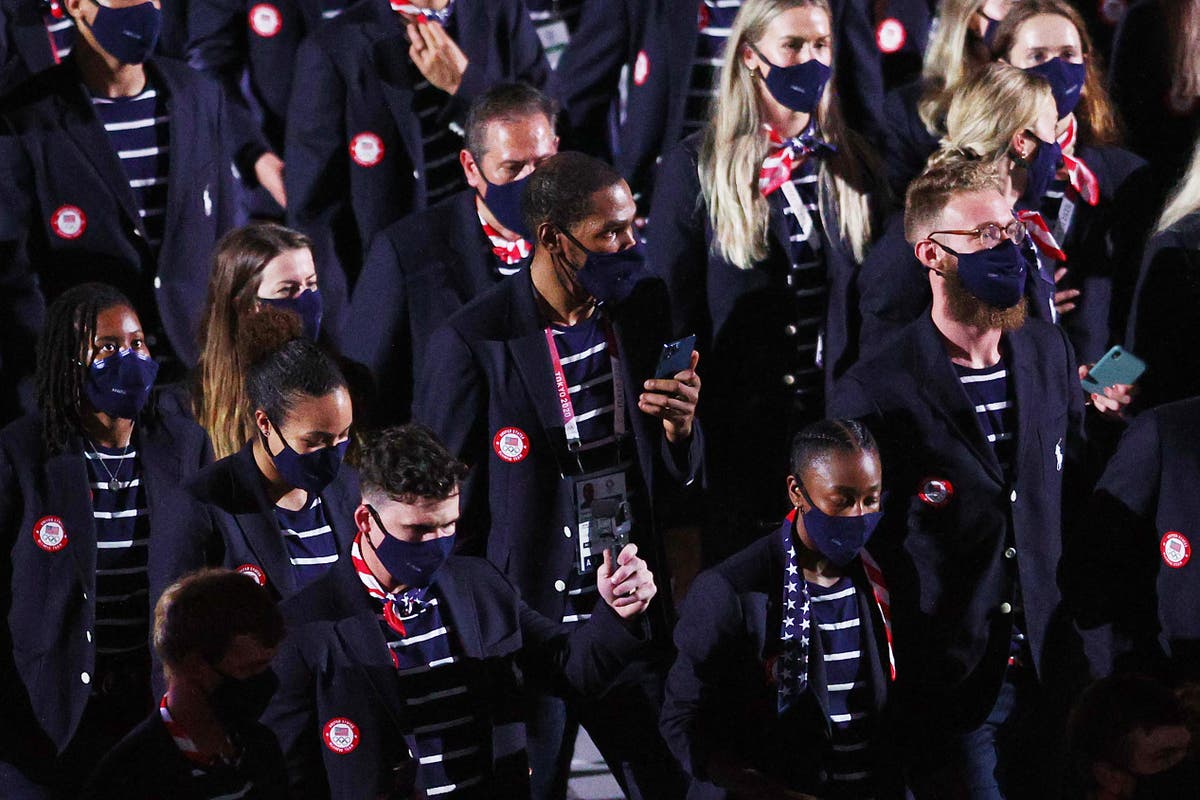 The Tokyo 2020 Olympics have officially kicked off, after an impressive opening ceremony complete with the parade of nations.

However, while there were numerous standout fashion moments during the ceremony, not everyone was impressed with the Ralph Lauren outfits worn by Team USA, with many questioning why the fashion brand is “allowed” to keep dressing the country’s Olympians.

Ralph Lauren was first tasked with the creation of Team USA’s Olympic outfits in 2008, and has been an official outfitter for the US Olympians since then.

For Team USA’s opening ceremony Parade Uniform at the Tokyo Games, the designer opted for a red, white, and blue look complete with a blue-and-white striped shirt and a navy blue blazer.

The jacket’s pocket bears the Polo Ralph Lauren logo, while the other side is emblazoned with an Olympic patch. The look was completed with denim pants, accessorised with a red, white and blue striped belt, which was made out of recycled plastic bottles, and a patriotic scarf.

For the flag-bearers, the designer opted for a white denim jacket that features cooling technology created to keep the athletes cool in Tokyo’s heat.

However, following the appearance of Team USA at Friday’s opening ceremony, the uniforms were widely mocked on social media, where people compared the outfits to everything from attire worn by “bad guys in a DisneyChannel original movie” to a look better suited for a vacation in Rhode Island.

“Abolish Ralph Lauren from designing the USA’s Olympic opening ceremony outfits. Have we learned nothing?” one person tweeted alongside photos from this year’s opening ceremony as well as years past.

“My favorite Olympics tradition is when twitter gets a load of the hideous Ralph Lauren ensembles foisted on the US athletes,” someone else tweeted.

The uniforms also inspired comparisons to “Karens,” while someone else suggested that the outfits “look like they’d report you to HR for cursing”.

“I think it’s time for @USAOlympics to give a shot to another designer for their official uniforms. I love Ralph Lauren but every four years it’s a predictable design with maybe a different cut for the pants and jacket to reflect current trends. #TokyoOlympics,” someone else tweeted.

Others raised valid questions, such as whether it is time for Team USA to hire a more diverse brand that “more closely represents the diversity of America and our athletes”.

“Ralph Lauren misses way more often than he hits with the Olympic clothing – how long must we suffer with this white person on Nantucket clothing line for our Olympics brand,” they wrote. “Like, can we choose something that more closely represents the diversity of America and our athletes?”

Despite the criticism, it doesn’t seem like the brand will give up the opportunity to dress Team USA anytime soon, as David Lauren, chief branding, innovation officer and vice chairman of Ralph Lauren Corp told WWD last week that the opening ceremony is the “ultimate fashion show”.