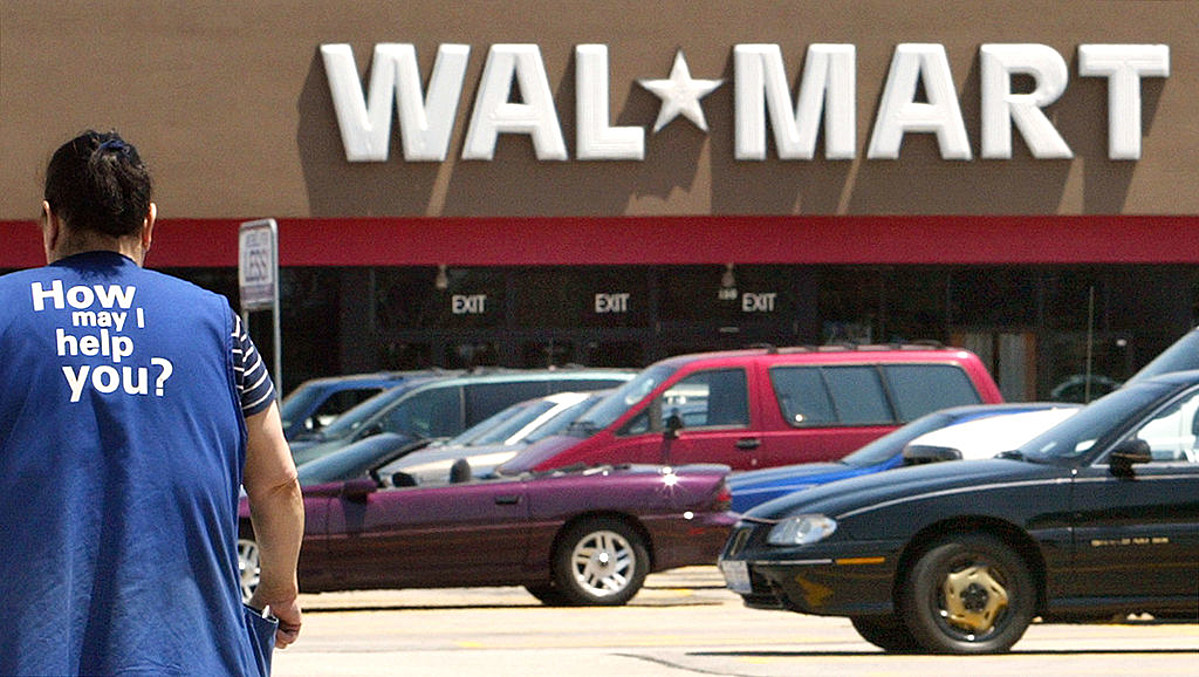 A 63-year-old man from Clarington, Ohio has allegedly written checks his freedom can’t cash.  The suspect’s name is Kenneth Werkau.  Kenneth was an employee of a Walmart store in right across the Ohio River in Moundsville, West Virginia when the gift card caper went down.  Moundsville Police Lt. Steve Kosek explained just how rapidly the suspect was stealing cash and gift cards to WTOV 9,

He was the only one that had been trained to work the register at night, and he would just take a quantity of gift cards or a quantity of cash every night — up to $5000 per night.

Common sense would tell most of us that you can’t just ring up over $100,000 worth of gift cards without paying for them.  There are cameras all over Walmart.  In fact, they caught the suspect on video red handed.  They were already investigating a $15,000 a week shortage.  When local law enforcement arrived he actually had unpaid gift cards in his pockets.  The evidence just kept piling up against Werkau.

Why would someone do something this careless?  Is he behind on medical bills?  Is he just behind on bills in general?  That’s what the police thought at first.  That is until they did a search on the suspects phone.  Would you believe he was being scammed?

A person claiming to be a woman named Paulina in Belgium sent him a picture and said she needed gift cards.  That’s the whole scam.  Federal authorities will be helping local investigators on this case.  The suspect was indicted Tuesday on three counts of wire fraud.

LOOK: Here are 25 ways you could start saving money today

These money-saving tips—from finding discounts to simple changes to your daily habits—can come in handy whether you have a specific savings goal, want to stash away cash for retirement, or just want to pinch pennies. It’s never too late to be more financially savvy. Read on to learn more about how you can start saving now. [From: 25 ways you could be saving money today]
Post Views: 78