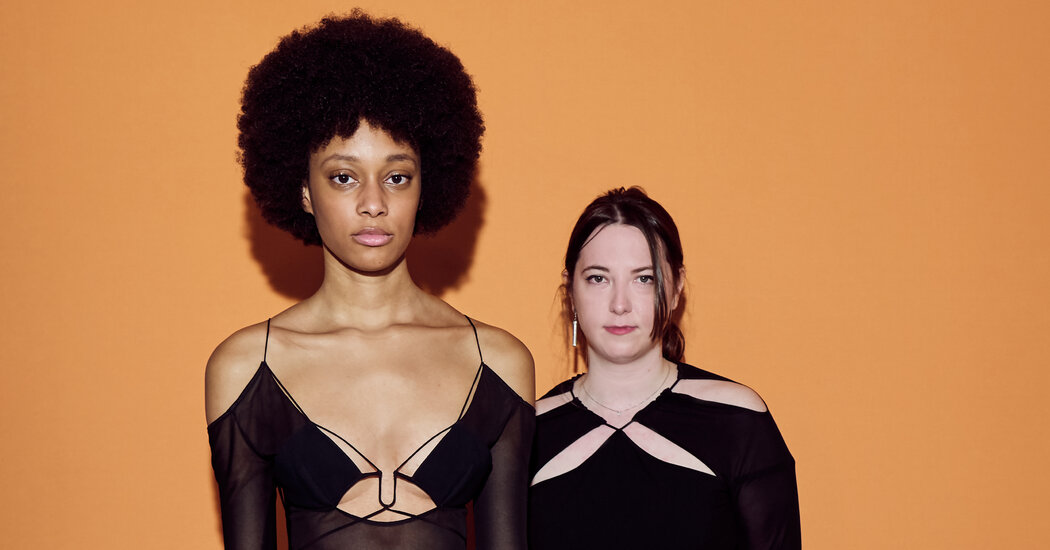 The fashion industry’s most prestigious prize was presented to a visibly shocked Ms. Dojaka by the French actress Isabelle Huppert at a ceremony on Tuesday at the Fondation Louis Vuitton in Paris. One of nine finalists for the LVMH Prize, Ms. Dojaka, who works in London, will receive 300,000 euros (about $356,000) and a year of mentoring from within the professional ranks of LVMH, the French luxury group.

The competition is back with a winner this year after the pandemic in 2020 prompted the jury to split the prize money equally between the eight finalists. Ms. Dojaka, a Central Saint Martins graduate whose body-sculpting designs — a blend somewhere between clothing and lingerie — are regularly worn by the likes of Bella Hadid, Emily Ratajkowski and Kaia Gerber, has attracted an online cult following with her skimpy yet carefully constructed asymmetrical pieces. Earlier this year, her black minidress ranked in the Lyst Index’s hottest products of 2021, alongside designs from behemoth brands like Bottega Veneta, Prada and Hermès. She is also set to show her fourth runway collection at London Fashion Week later this month.

According to Delphine Arnault, the executive vice president of Louis Vuitton and the mastermind behind the LVMH prize, the jury, which included Kim Jones, Marc Jacobs, Stella McCartney and Virgil Abloh, was particularly impressed by the high quality of Ms. Dojaka’s work, her distinctive point of view and a start-up business that had successfully flourished during the challenges of the pandemic.

“I think we all saw a young brand with real potential to grow,” Ms. Arnault said. “These first ideas are very clear, and we feel she can pull on that thread to broaden out and develop her product offering to have even more creative and commercial potential to a wider audience.”

Ms. Dojaka confirmed that expanding her offerings would be a priority when it comes to deploying her winnings, alongside fleshing out a more permanent team to help scale a brand that already counts Mytheresa and Matchesfashion.com among the retailers carrying her designs.

“I couldn’t believe that I had won — I felt shellshocked,” she said following the ceremony. “But I am also delighted because I have a vision of femininity I want to share with the world. I love female bodies. I love collarbones and backs. I think my little black dress did as well as it did this year because people feel excited to go out and celebrate again. They want to feel sexy and chic.”

More than 1,900 designers applied for the award, which is open to designers under 40 who have produced at least two ready-to-wear collections. At a time when survival for young brands is tougher than ever before, and after a three-way voting deadlock, the judges this year decided to split the runner-up Karl Lagerfeld Special Jury prize between three finalists: Rui Zhou of China, Lukhanyo Mdingi of South Africa and Colm Dillane of the New York label KidSuper. They will each receive 150,000 euros and a one-year mentorship.

While cash will undoubtedly prove a boon, all three said it was the mentoring and insights from LVMH executives and designers that would prove most valuable to their fledgling businesses.

“We all come from very different places, we know a little about what money might do, but to have the insider fashion world — Paris — opened up to us will be so valuable,” Mr. Dillane said, noting that he was “not best friends with Marc Jacobs — yet.”