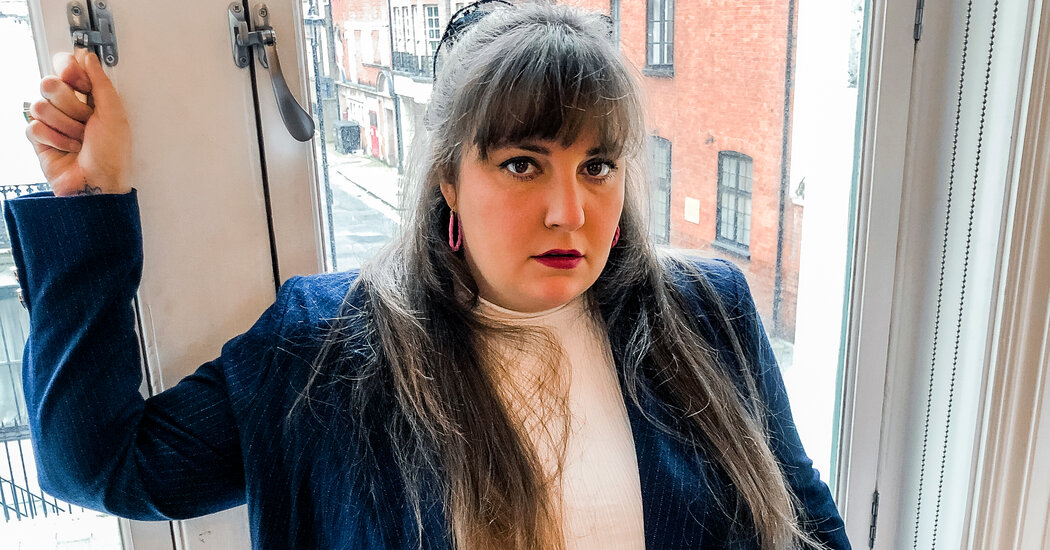 “It doesn’t mean I haven’t felt a lot of body hatred in lockdown,” she said. She is not a fan of some current terminology, of words like “plus” or “curve” or “body positive.”

“The thing that’s complicated about the body positive movement,” she said, “is it can be for the privileged few who have a body that looks the way people want to feel positive. We want curvy bodies that look like Kim Kardashian has been up-sized slightly. We want big beautiful butts and big beautiful breasts and no cellulite and faces that look like you could smack them on to thin women.”

“I have a big stomach, I always have. That’s where I gain my weight — especially after early menopause, I have a straight-up gut, like an old man — and that’s not where anybody wants to see flesh. It’s not like if I posted a sensual nude of myself on Instagram, people would be marveling at my beautiful derrière.”

As she said this, she did not sound angry or depressed or like she was sticking it to the man. She sounded sort of resigned and amused at herself. She was sitting in a very white room with a fireplace, wearing a cable-knit cardigan and lots of rings on her fingers. Her hair was long, and her bangs were short. In the middle of the conversation, she suddenly began chomping on a sandwich, which made her laugh.

“It seems appropriate for this interview that I eat this large baguette,” she said.

‘We’re going to put a watermelon on your skirt, you sassy girl!’

Ms. Dunham had been contemplating getting into fashion long before the pandemic began. She had originally thought she would make a full-fledged collection from Size 0 to 20, because … well, she doesn’t really do half measures. Besides, she’s smart enough, and does enough research, to know that there is a proud history of female designers getting into the business because they know what is missing, whether it’s Coco Chanel or Donna Karan or even the Olsens. But, she said, “there was so much I didn’t know about the infrastructure.”

In 2019, she met Patrick Herning, the owner and founder of 11 Honoré, where she happened to be a frequent shopper. The two bonded over proselytizing for plus-size figures and began hatching a plan. Because Mr. Herning had recently introduced a private label line, he had the supply chain and design staff in place for Ms. Dunham. All she had to bring were the ideas.