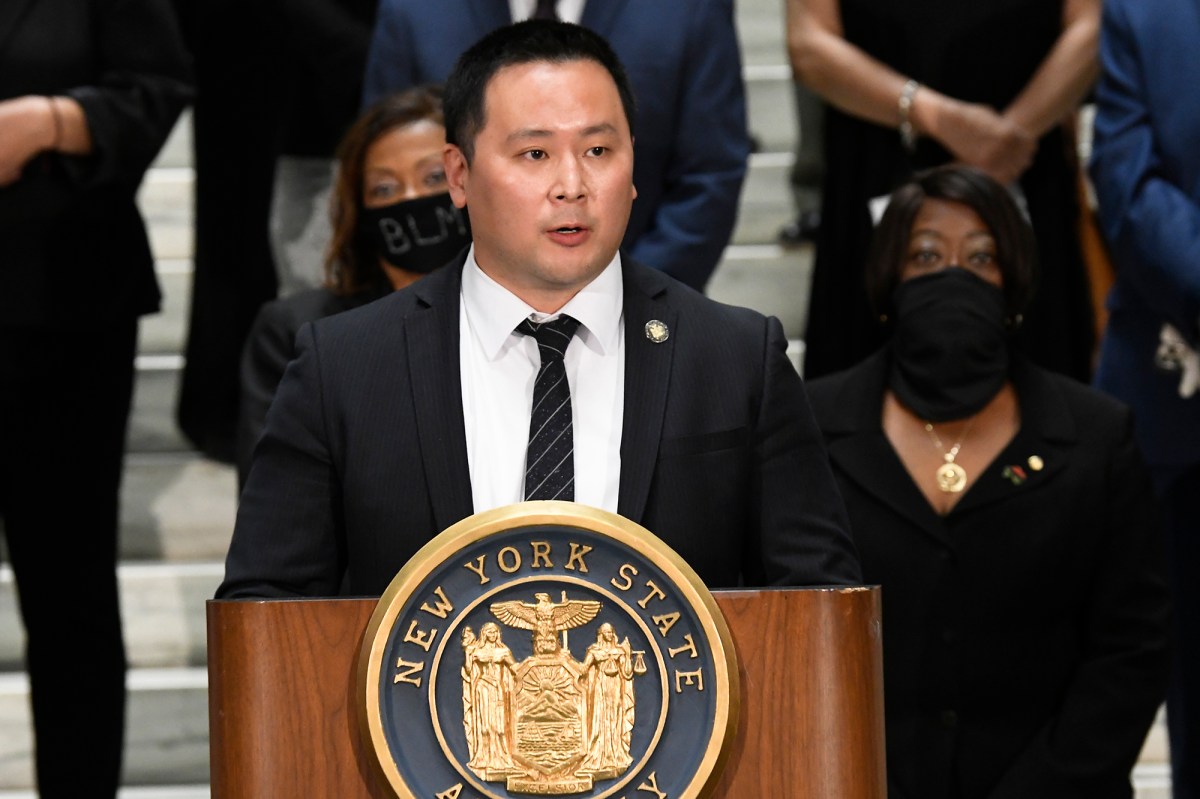 A New York lawmaker wants to create a 9/11-style Coronavirus Nursing Home Victims Compensation Fund to aid families whose loved ones “unjustly” died from the coronavirus.

“I’m starting conversations with leadership now. We’re looking at how we would structure it,” said Assemblyman Ron Kim (D-Queens), whose uncle died in a nursing home from COVID-19.

Kim said he’s had preliminary talks with state senators about co-authoring the proposal.

The initiative comes days after state Attorney General Letitia James issued a damning report that found Gov. Andrew Cuomo and his Health Department had underreported the number of nursing home residents who died from COVID-19 by some 50 percent by excluding those who died after being taken to hospitals.

The same report also revealed that two-thirds of the nursing home deaths occurred at facilities with inadequate staffing and many lacked proper infection control measures to contain the killer bug.

Kim said he envisions imposing a special tax or fee on nursing homes to fund the Nursing Home Victims Compensation Fund. Half the fees would feed the victims’s fund and other half would go toward maintaining nursing home staffing.

The mere creation of a victims compensation would be an admission that nursing homes and the government were negligent for failing to protect the frail, elderly — most vulnerable to a killer virus — during the pandemic, Kim said.

The federal Sept. 11 Victims Compensation Fund — which provides financial aid to victims or their families harmed by the terrorist attacks — is the best known of compensation funds.

Kim discussed the proposal with relatives of nursing home residents who died from COVID-19.

The head of a group that advocates for nursing home families endorsed Kim’s proposal.

“We are supporting the effort to create a nursing home victims compensation fund,” said Vivian Zayas, who founded the group Voices for Seniors after her mom died of COVID-19 in a Long Island nursing home.

Zayas said she likes the Sept. 11 Victims Compensation Fund model, because it covers survivors who are still sick as well as the families of victims killed during the terrorist attacks.

“There are nursing home residents who survived COVID-19 but are still sick and struggling,” Zayas said.

A fund makes sense because of a state law approved during the pandemic exempted nursing homes and hospitals from medical malpractice lawsuits for patient care, the lawmaker said.

Kim has proposed another bill that would repeal the Emergency or Disaster Treatment Protection Act approved by the Legislature last year. The law protects health care facilities and medical staff from medical malpractice liability for the treatment of hospital patients or nursing home residents during the COVID-19 public health emergency.