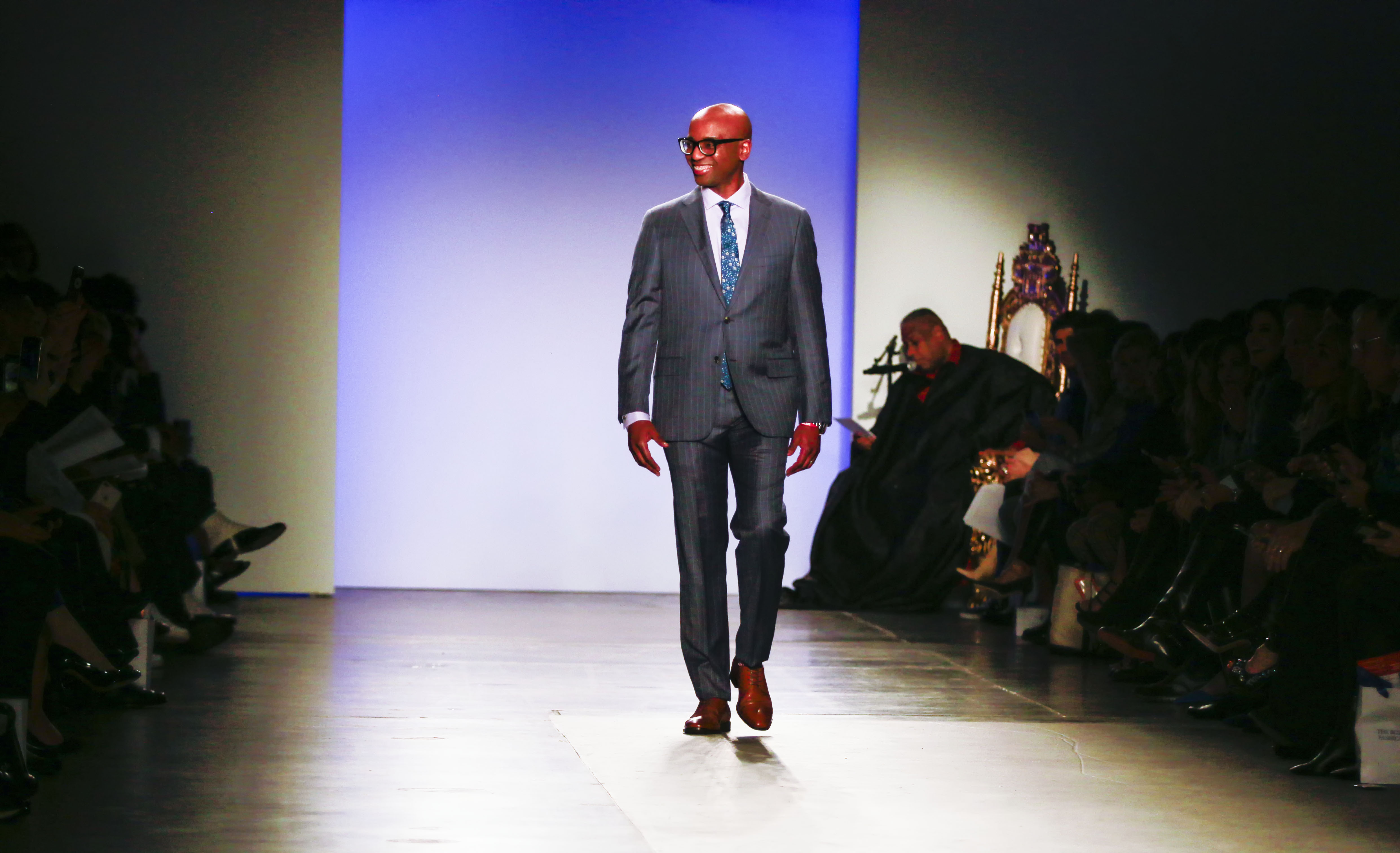 J&J’s Janssen is suiting up again for prostate cancer awareness. In blue suit jackets, that is, with celebrities and well-known models virtually hitting the runway in the Blue Jacket Fashion Show during New York Fashion Week.

Now in its fifth year, the event this Thursday, sponsored by Janssen Oncology in support of the Prostate Cancer Foundation, takes on a new emphasis focusing on racial disparities and underserved communities.

Prostate cancer is the most commonly diagnosed cancer in Black men—and a person of color is twice as likely to die from the disease as a white man, Rodney Gillespie, vice president of sales and marketing at Janssen Oncology, said. Prostate cancer prevention and care is a cause that’s important to him as a Black man and also hits close to home because his father-in-law had the disease.

Gillespie will participate, along with celebrity and TV personalities, in donning blue jacket ensembles from a variety of well-known designers. This is his second year modeling in the show. And while last year’s trip was a stroll live onstage with the group of celebrity models at Chelsea Piers, this year Gillespie taped his segment at his home wearing a Michael Strahan-designed outfit.

The 2021 celebrity models set to put on blue jacketed ensembles include actors Billy Porter, Mario Cantone and Dominic Fumusa along with TV personalities Bill Nye, CNN’s Don Lemon and New York Fox TV meteorologist Mike Wood. Like Gillespie, all the participants filmed their runway looks at home and sent in videos to editors who will stitch the solo walks together into an online show.

Along with the runway show, the evening program will include virtual discussions with both fashion and health professionals talking about prostate health and cancer research. Viewers who want to tune in can sign up by Wednesday at www.bigmarker.com/blue-jacket/2021 or watch the show later on Blue Jacket’s YouTube channel.

One of the ongoing themes of the Blue Jacket Fashion Show is encouraging men to get tested.

J&J’s prostate cancer med portfolio includes Erleada, approved in 2018—a follow-up to its earlier treatment Zytiga. It also has rights to Zejula, a drug primarily marketed by GlaxoSmithKline, in the disease, and the PARP inhibitor holds an FDA breakthrough-therapy designation in metastatic prostate cancer. The highly competitive prostate cancer category also includes drugs such as Pfizer and Astellas’ market leader Xtandi and Bayer and Orion’s Nubeqa.