‘In Paris, we are terrified of vulgarity’: lessons in French style from Call My Agent! | Fashion 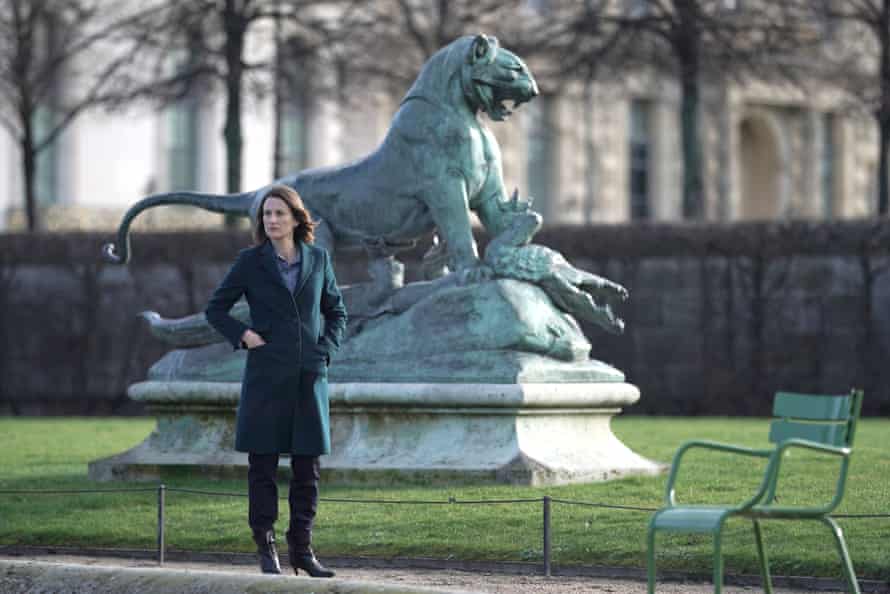 In France, the hit Netflix series Call My Agent! is called Dix Pour Cent in reference to the fee charged by French cinema agents. For those in the know, the name says it all. For others, like me, the reference was opaque at first, but it sent the message that this is a show – unlike others representing a cliched take on French life, such as Emily in Paris – that positions itself as an insider’s peek into the capital and its movie business.

The many cameos from A-list actors playing themselves – with Charlotte Gainsbourg and Sigourney Weaver lined up to appear in season four; Weaver called the series “a love letter to the business” – similarly underlines the show’s proximity to the authentic professional world, something that is subtly shown, too, through its clothes.

Rather than berets and Breton tops, the show’s costume designer, Anne Schotte, drew inspiration from agents she knew, whose style she describes as “professional, yet in the know”. Taking cues from Parisian chic and the city’s very distinctive take on office-wear, she began assembling outfits according to one eternal rule in the city: from Dior to Zara, Zadig & Voltaire to vintage, she mixed “high” and “low”, modern and retro.

She then built characters according to a number of sartorial personas well entrenched in French – and particularly Parisian – culture. Quintessential Parisienne Andrea Martel (played by Camille Cottin) embodies a sense of chic synonymous with “effortlessness, as much as go-getter style”, said Schotte. “She is stylish enough to represent actors, but her clothes never speak louder than her.” Her wardrobe is built around muted yet slick, timeless pieces and menswear-inspired items: turtlenecks, suit jackets and shirts, streamlined woollen coats, ankle boots and subtle touches of jewellery, with her wavy locks.

To Schotte – and Vogue, and much of the internet, too – Martel is the most universally chic. “She makes everything look feminine and classy, and can wear the most diverse range of pieces, from a Saint Laurent blazer to a slouchy XXL jumper.” At home with her girlfriend and baby she – shock! – slips into a pair of soft tracksuit bottoms, albeit paired with a cashmere pullover. In this fiction of an increasingly distant pre-Covid world, where you could still enjoy a maskless social life, Martel takes dressing up seriously. At parties, she wears short silver body-con dresses or a glittery waistcoat and a bow tie (which looks, surprisingly, un-kitsch on her) easily juggling between couture and homewear. “Her physique and attitude turn everything into a statement,” says Schotte.

Andrea wasn’t the only character whose style is defined to a T. Agent Gabriel Sarda (played by Grégory Montel) embodies the ultimate “bobo” (bourgeois bohème, the country’s intellectual answer to boho fashion), with stubble, blazers layered with zip-up hoodies, suede blousons, an assemblage of casual classics and formal workwear; a go-to for Generation Y and Z in offices.

In the midst of this new school-old school dialectic, the assistant – and girlfriend of Barneville – Noémie Leclerc (Laure Calamy) could be seen to be subtly codified as such. Her wardrobe contrasted radically with Andrea’s and revolved around a more sexualised, almost pinup chic, with figure hugging belted high-waisted skirts, bright shirts with plunging necklines and à la 50s floral dresses.

Throughout these looks, a bourgeois rule of thumb seems to run like a golden thread, reflective of an ingrained French fear in offices as much as in real life. “We here are terrified of vulgarity, which leads to little experimentation. The general idea is to build a wardrobe based on time-tested basics: a trenchcoat, a simple black sweater, a masculine coat, a simple white T-shirt,” says Schotte.

To this array of classics, she applied several styling tricks. “In Paris, it is important to show a discreet, but impeccable, colour combination, matching your jacket to the shoes and scarves, for example. The overall rule I follow is, no more than three shades including the background.” Should you hanker after the Parisian workwear look yourself – for when, let’s hope, office life is restored in some capacity – she recommends limiting each outfit to a single fashion statement. “If you decide to wear skinny jeans, these could typically be paired with a blazer and Louboutin heels – both foolproof items.” In the world of Parisian style, “the statement is yourself – not the garment”. In the meantime, the pre-Covid world of Call My Agent! presents a very Parisian – and for the moment, markedly escapist – take on the office, which may ignite in viewers a desire to put on something a bold, and smart, for Zoom, even if for the moment it is paired with decidedly un-Martel pyjama bottoms.