In 30 minutes & one nutmeg, Sancho brought back BVB’s style & substance 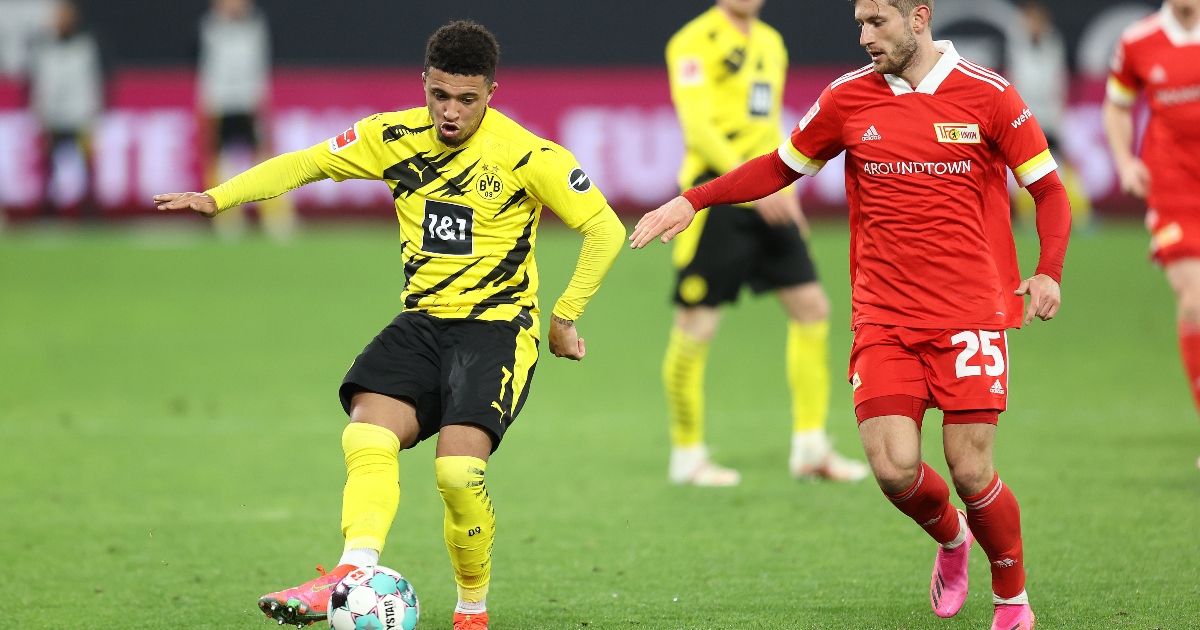 With Gareth Southgate drawing closer to his preferred England squad for this summer’s European Championships by the day, the one place you do not want to be is on the treatment table.

Unfortunately for Jadon Sancho, that is where he has found himself with Borussia Dortmund.

The winger had missed the club’s last six Bundesliga games, as well as three Champions League ties, and he would have no doubt feared that his England chances were hanging in the balance.

It was reported at the start of April that Sancho, along with Aston Villa star Jack Grealish, could miss out on a spot in the squad thanks to the form of a reinvigorated Jesse Lingard.

But he returned to the bench for Dortmund on Wednesday night for their midweek clash with Union Berlin at Signal Iduna Park, and, having been granted a 31-minute cameo in the second half, was clearly eager to make up for lost time.

In many ways, this performance was a microcosm of everything that is brilliant about the 21-year-old: the flair and the fight.

Not long after entering the game, he was back to doing what he does best – making his opponents wish they had never stepped onto a football pitch.

Collecting the ball inside the Union half, Sancho was quickly met by the frame of Cristopher Trimmel. For many players, the only option would have been to retreat back to the defence, but this is Sancho we’re talking about.

Great to see him back out on the pitch this evening 🙌 pic.twitter.com/yyFS90TE5f

With one shimmy of his right boot, Trimmel fell for his trick, lunging in to try and win the ball. The former Manchester City man slipped it through the legs of the masked Union captain as if it were the obvious thing to do in that scenario, and not the behaviour of a scarily talented footballer.

But Southgate will be well aware of his ability to breeze past players with ease. Convincing the England manager that he is worthy of a Euros spot will ultimately not come down to his ability to nutmeg opponents (even though we like to think it definitely should).

His work off the ball for Dortmund’s second goal, however, is far more likely to impress.

A vital win for BVB! pic.twitter.com/zwAaP4uCdP

With Union Berlin pushing for an equaliser in the final two minutes of the 90, Sancho’s press first forced a panicked pass back into the visitor’s defence, before he then perfectly telegraphed the returning ball to the right-hand side.

His first touch fell perfectly for Erling Haaland, but the winger was not about to stop, his legs turning into a cartoonish blur as he sped downfield to aid in the counter-attack.

The ball may not have come his way, but the fear his presence caused in the Union defence was undeniable, with Julian Brandt afforded plenty of time and space to pick out Raphael Guerreiro to seal the win.

Sancho is back, with more style and substance than ever before, and Southgate will have seen it all.

Can you name every team to play in the Champions League knockout stages?