‘I would die on the spot’ 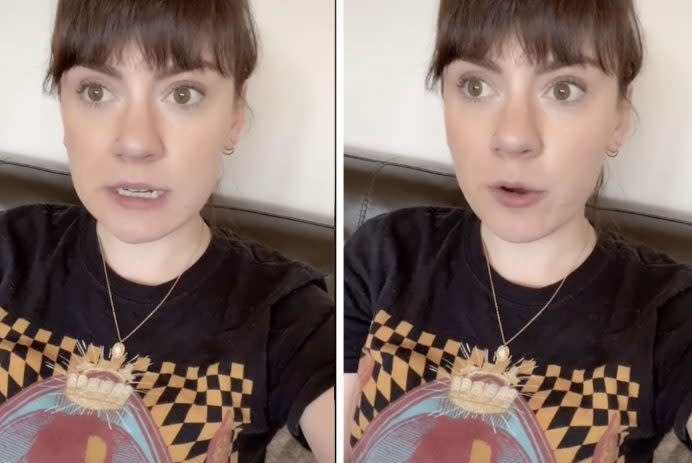 A TikTok user received a seemingly thoughtful gift from her boyfriend for her birthday last year, but it led to a discovery that ended their relationship for good.

User @mattilathehun said in a video that her now-ex got her a DNA test kit as a gift, and she was eager to find out health information about her family since her mom was adopted and she never knew her biological father. Her boyfriend also bought a kit, because they were on sale.

When they received their results a month later, @mattilathehun looked at the list of genetic relatives because the only one she’d known before taking the test was her mother.

“I scrolled down and I turned to my boyfriend at the time and I said, ‘Hey, this is pretty nifty, this person has the same name as you,’” @mattilathehun explained. “And that’s how I found out I was dating my cousin.”

Suddenly, her caption, which said, “I dare you to imagine a more ‘white person in Saskatchewan’ scenario than this,” made sense.

Commenters shared a number of similar stories and compared the situation to a plotline on the FOX sitcom New Girl, in which the main character finds out she’s been dating her third cousin.

“I would die on the spot,” one user said.

“I fear this situation,” another wrote.

In a follow-up video, @mattilathehun said that she and her ex were most likely third cousins, according to the DNA kit site’s genealogy feature. However, she found that they shared so much genetic material that they also could have been second cousins — meaning they may share great-grandparents.

“My ex is a great guy, and I care about him deeply, but uh … yeah,” she concluded.

Form meets function with this must-have side table:

If you liked this story, check out this article about a woman whose DNA test results led her to question her true identity.

The 3 most affordable meal delivery kits for cooking at home

The post Woman makes unsettling discovery about her boyfriend after receiving gift appeared first on In The Know.