“I hope you’re going to see people work in a bipartisan fashion on behalf of the American people, because that’s how we get the best work done.” : The Ripon Society 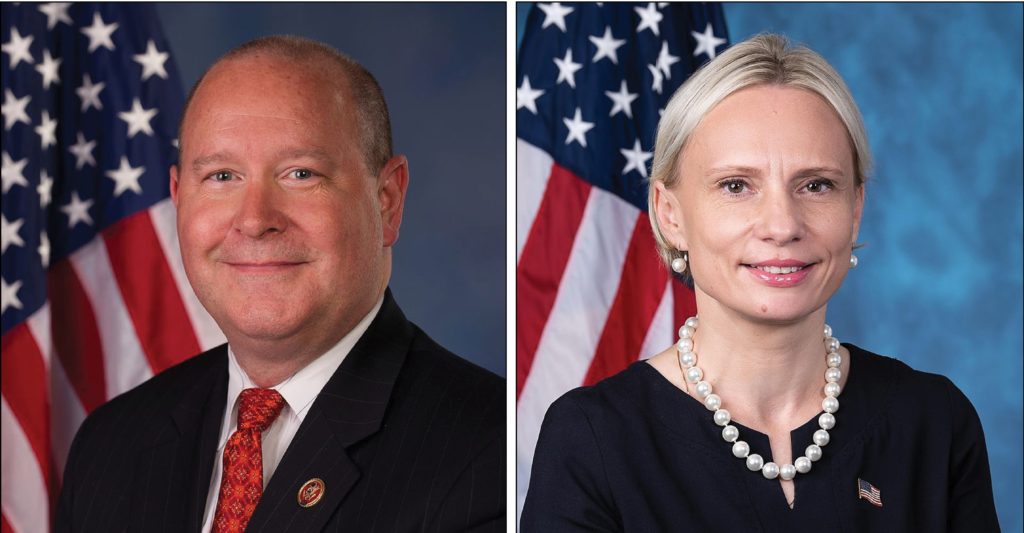 WASHINGTON, DC — The Ripon Society hosted a virtual discussion this past Thursday with two lawmakers from the Hoosier State, who discussed not only the challenges facing the people they represent back home, but some of the key priorities that need to be addressed this year on Capitol Hill.

The lawmakers were U.S. Reps. Larry Bucshon, who was first elected in 2010 and represents Indiana’s 8th Congressional District, and Victoria Spartz, who was elected last November and represents Indiana’s 5th Congressional District.  Bucshon kicked off the discussion by touching on the President’s proposed infrastructure plan and his current focus on the Energy and Commerce Committee.

“I know that there has been a partisan infrastructure bill released by the White House,” he stated.  “When it comes down to Capitol Hill, I think and I hope you’re going to see people work in a bipartisan fashion on behalf of the American people, because that’s how we get the best work done, particularly on this issue where we are in broad agreement that our nation’s infrastructure needs attention.

“On the health care front, we’re going to be working on things like reimbursement issues and transparency issues. I have introduced what’s called the VALID Act with Diana DeGette (D-CO-1) addressing the way we regulate laboratory-developed tests. But, for the most part, you’ll see us work on more bipartisan issues as the year goes along.”

Spartz opened her remarks by talking about her background as someone who grew up in the shadow of Soviet repression, and why going down a similar path would be harmful to the U.S. today.

“I’m originally from Ukraine when it was part of the Soviet Union,” she recounted, “I grew up with socialism around me, so I know what happens when socialism falls apart. It was a very dangerous time in the nineties, and I feel we are slowly moving in that direction now. That’s why I got so upset about what’s happening in this country today. It is why I got involved in politics.

“America is the greatest country in the world because we have the most freedoms and free enterprise. There is a limited role for government to protect people’s rights and liberties and make sure that we have a good vibrant environment for competition. But we cannot think that the government is somehow superior to everyone else and centralize power in Washington, DC.”

Spartz then discussed her new role on the Judiciary Subcommittee on Immigration and why her life story gives her a unique perspective on the job.

“Being an immigrant who has gone through all of the bureaucratic processes, I felt that working on this subcommittee is something I could be helpful on. Unfortunately, I didn’t realize how bad things are on the southern border. I’m a big believer in seeing things with your own eyes, so I was the first Republican in the House to go to the border in a bipartisan group with my Democratic colleagues from the Judiciary Committee.

“It gave me such a big understanding of what’s happening on the ground, and it is rather disturbing to be honest with you. We have a situation where Mexican cartels are making fun of us, controlling our side of the border, and making billions off of it. The Border Patrol is overwhelmed. They have no resources to deal with that. And I understand President Biden doesn’t like the policy of President Trump, but you cannot eliminate old policy and not replace it with something else. He needs to have a policy in place because when you don’t, you create anarchy.”

The two Republicans then took a number of questions from the virtual audience, including what the GOP should do going forward to bring suburban voters back into the Republican fold. Bucshon answered first.

“Aside from the Presidential race,” Bucshon observed, “when you look at the last election Republicans did very well across the country, especially in the House. It’s the first time in the 10 years I’ve been here that we didn’t lose at least one House Republican incumbent. The House message we put together with policy positions that Kevin McCarthy coordinated was successful for the most part, including in the suburbs.

“I think it’s important for Republicans to, as Victoria pointed out, continue to promote inclusion, not exclusion, for people in our party. And I think we’ve been able to do that. The result of that is we have more Republican women in the House probably than any time in history. Since I’ve been here, I’ve been actively trying to recruit more women to run, as many others have, because they bring a very important perspective. And we need role models for the young women out there and for mothers to see the Republican Party reflect them more.”

“As a suburban mom with half of my district being suburban,” she stated, “I can say a lot of suburban voters are going to have buyers’ remorse. If you look at President Biden and the Democrats, they all ran on being bipartisan, uniting the country and all of these different things. And that’s not happening. They moved their policies so radically to the left. A majority of suburban voters want to have good education, public safety, and business opportunities, but they don’t want to pay crazy high taxes.

“Our two parties have drifted so much apart right now. There are maybe a few common sense Democrats left, and I tried to reach out to work with some of them, but a lot of them have very, very radical views. That’s not what the majority of America is.”

Finally, the two were asked what the Republican Party can do to recruit more conservative individuals with diverse backgrounds to run for public office.

Bucshon concurred. “I agree with Victoria,” the veteran lawmaker stated. “You have to actually sit down in a meaningful way and have conversations in all these communities. And I think when you do that, the conservative Republican message will start to ring true for a lot of people. They say 90{0c50a39dd584ba5fb4b6467726ffaa15c472727d41971bd60f72623a9464340d} of anything is showing up. Well, a lot of times, historically, we haven’t done that.”

The Ripon Society is a public policy organization that was founded in 1962 and takes its name from the town where the Republican Party was born in 1854 – Ripon, Wisconsin. One of the main goals of The Ripon Society is to promote the ideas and principles that have made America great and contributed to the GOP’s success. These ideas include keeping our nation secure, keeping taxes low and having a federal government that is smaller, smarter and more accountable to the people.