How The Footballer Found His Unexpected Fashion Prowess 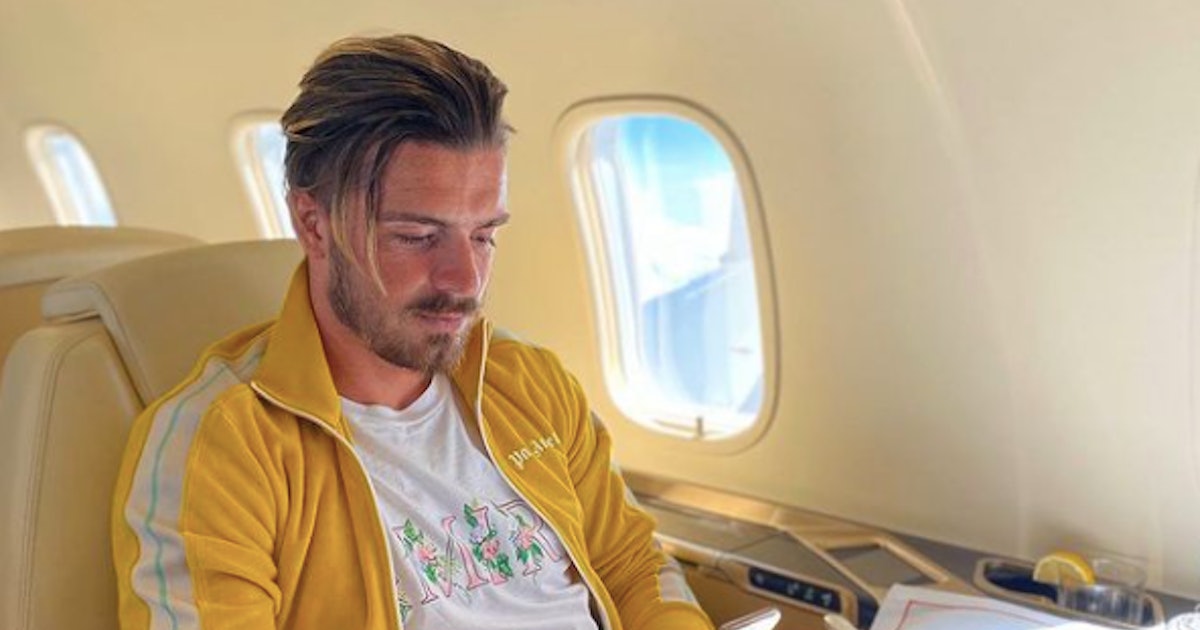 Football star Jack Grealish is fast becoming the nation’s sweetheart. Following in the footsteps of David Beckham, Grealish donned a number seven shirt during the Euros this year and proved his skills on the field could soon match up to ol’ Golden Balls. But the similarities don’t end there. As well as bearing a notable resemblance to Beckham, it would appear that the two share the same keen eye for fashion, too…

After a week sunning it up in Mykonos with his England teammates (along with ex Love Island contestant Josh Denzel), Grealish has recently landed in Croatia for a romantic getaway with his childhood sweetheart Sasha Attwood.

Now, I’m aware the news that Grealish is off the market is going to break some (read: a lot) of hearts, but the looks he and Attwood are serving may just soften the blow slightly.

Attwood – who works as a model – has of course been dressing to impress in black-and-white zebra-print maxi dresses and cute fluorescent co-ords, but Grealish? He’s not been doing too bad either. The football star has been seen sporting laidback streetwear from high-end luxury labels with his signature silver chain and boyband-esque locks.

Wearing black jogging bottoms and an oversized white T-shirt may not sound that impressive, true Grealish fans will know that this latest Vêtements T-shirt moment is actually an example of a well-honed personal style, expertly developed over his years in the spotlight.

Born out of necessity (from, you know, his career as an international athlete), Grealish’s tracksuits and comfortable, loose attire are suited to time on the pitch as well as getting to and from training. But don’t be fooled – the young player isn’t just throwing on any old Primark tee. His looks are considered, thought-out, meticulous. And as his sporting star has risen, so has his interest in designer labels.

Alongside his achievements for both Aston Villa and the England international side, Grealish’s Instagram feed includes a few candid pictures of him in casual wear – and it reads like a who’s who of high-end streetwear.

Along with a love for Amiri and Gucci, the midfielder clearly has a penchant for Demna Gvasalia’s designs, with Vêtements featuring in his holiday attire and Balenciaga popping up on his Instagram. Virgil Abloh is another favourite, with Off-White and Louis Vuitton making their way onto the grid too.

The relationship between football and fashion is well documented. Besides Beckham, more recent examples of the two worlds colliding include Tom Davies at New York Fashion Week and Hector Bellerin at… well, everything. But Grealish’s entrance into the fashion elite has been more subtle, never straying far from the cheeky Birmingham chappy he grew up as. Rather than donning avant-garde designs, he’s perfecting the marriage between comfort and style. He’s having fun with fashion (note the smiley face logo for Justin Bieber’s Drew brand and Palm Angels’ tongue-in-cheek teddy T-shirts), never taking his style too seriously, all while staying true to who he is.

See what I mean? The nation’s sweetheart through and through.