How I Shop: Marsai Martin 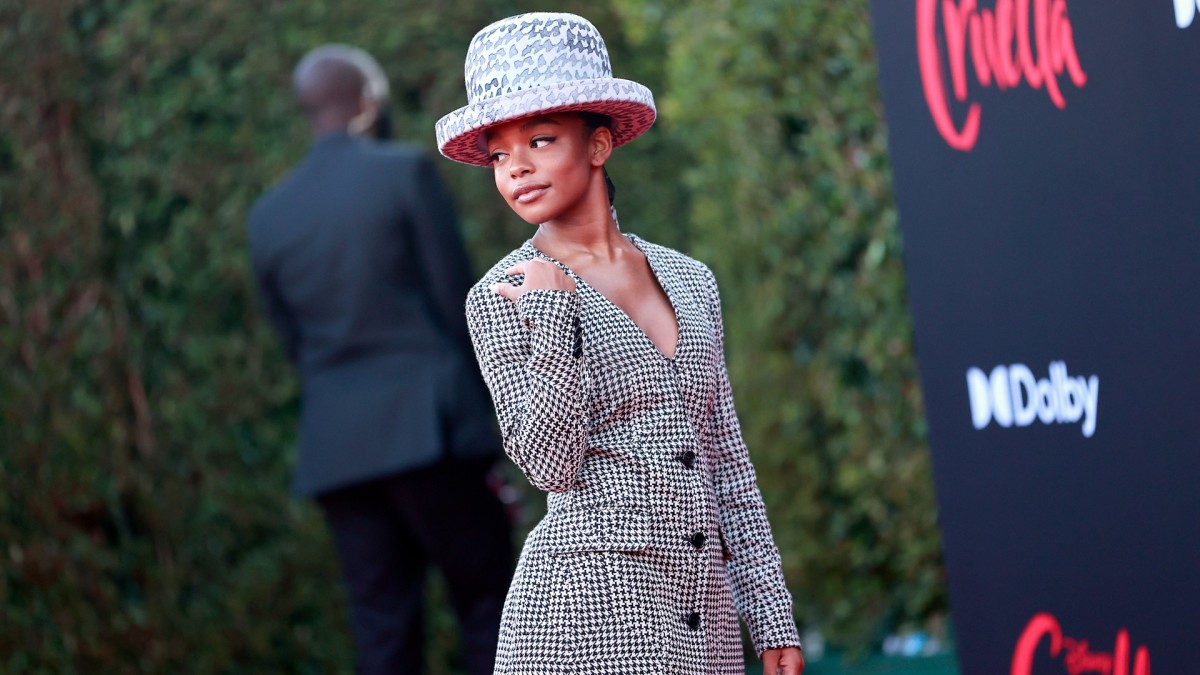 We all buy clothes, but no two people shop the same. It can be a social experience, and a deeply personal one; at times, it can be impulsive and entertaining, at others, purpose-driven, a chore. Where do you shop? When do you shop? How do you decide what you need, how much to spend and what’s “you”? These are some of the questions we’re putting to prominent figures in our column “How I Shop.”

If you know anything about Marsai Martin, you know she’s one impressive teen. She joined the cast of a hit TV show at the age of 9 (and received three NAACP Image Award nominations for her role in it). At 13, she starred in and executive produced a feature film, becoming the youngest person ever to do so. Her career’s really just getting started — but she’s an example of someone who committed to following her dreams and made them a reality, at a very young age. And already, she’s devoting time to helping other young people do the same.

Martin is working with Invisalign’s Changemakers Program, through which 100 people aged 13 to 19 making a positive impact in their communities were selected to each receive a $5,000 one-time cash reward. On Saturday, she hosted a virtual award ceremony to celebrate all the winners. “We both really want to just spread joy, and positivity to kids around the world in any sort of way possible,” Martin tells me of the partnership.

The actor, producer and Cool Teen is an expert at spreading joy on the fashion front: With so many events and award shows to attend, Martin needs a lot of outfits and, with help from stylist Jason Rembert, she’s been achieving red-carpet excellence at every turn. Seriously, while doing photo research for this article, I could not find a single less-than-stellar outfit. She’s not afraid of color or embellishment, but always looks tasteful and age-appropriate.

When she’s off duty, Martin says she prioritizes comfortable pieces like sweats and baggy jeans — often with a cute pair of glasses, an accessory that’s become something of a signature for her. Invisalign put me in touch with Martin to hear all about defining her personal style, working with Rembert, having a say in what her “Black-ish” character Diane Johnson wore and more. Read on.

“I’ve always been a fashionista in some way. I’ve always loved being comfortable as soon as I got home, but I used to love doing photo shoots, headshots and all that stuff, for my grandparents to see. I feel like my younger self would be proud of the things I’m be doing right now, because we’re in a world of style.

“I would say my personal style is comfort. I’m always staying comfortable, whether it’s a little bit oversized or maybe a little more flowy than usual. I feel like it’s always been like that — I’ve always been a person that loves sweats and stuff. If I did wear jeans, it’d be baggy jeans with rips all over it. I’ve always loved streetwear.

“Regina King has had an amazing red-carpet look so far. She looks so amazing every time she steps foot on the carpet. She would definitely be my number one [style icon].

“[My co-stars and I] all have different styles that we lean towards, in the best way possible. I never really ask for advice and we all have our different things that we like, and I think that’s what makes us cool and unique.

“My everyday style, it’s oversized, usually, with probably some slides or maybe a pair of Uggs. Working with a stylist has been so much fun. Just brainstorming and being really creative with another person that also has a creative mind has also been lots of fun. Jason’s really cool and so down to Earth. My family and I, we love him, and vice versa. He’s pretty great. I’m glad to be working with him.

“The one look that I really love was the [2019 NAACP] Image Awards one. The all-black. It had gems and stuff on it. It was just so nice, and I think that was the first time I went all full-out, like super big. No one expected that. I probably need to do a big moment like that again.

“I have lots of different pairs of glasses — I’m counting like 25. It’s really cool. I love my glasses. Of course, I’ve been wearing them for quite a while now. We’ll see… I may or may not have something planned for glasses in the future.

“I tend to shop in person. Honestly, I haven’t been in the mall in quite a while, because my closet is filled with clothes and stuff that I don’t need any more clothes right now. I usually shop at stores like Madewell, Urban Outfitters — those type of stores that have a mix of everything.

“I feel like now when I go to the mall, there’s a reason I go to the mall. It’s not because I’m just roaming around trying to buy something. Even my parents can tell you: I make everything a little challenge, so it takes me a little bit to actually pick an outfit or a shirt or something like that. Because my closet is so crowded, I really have to think if I really need this shirt or not. I don’t know what you call that, but I definitely don’t do it impulsively.

“I’ve purged so many times this year, but I still have so much clothes, it’s insane. But yes, I do purge a lot, usually with my grandma. My grandma is actually a really good purger, and she notices mostly all the things I have on, so she’ll tell me the things that I don’t wear. She’ll be like, ‘You don’t wear this, so it’s up to you if you want to keep it or not, but you don’t wear this.’ It’s actually a good de-stressor. When things are really chaotic in the world, it’s very nice to purge and let things go.

“Usually, I will do a big purchase depending on where I’m at. I won’t do a big purchase if I’m in L.A., because I live here, but if I’m in Paris or if I’m somewhere out of the country, then I’ll do something like that. But it still takes a lot for me to actually buy it. Even in Paris, I was at the Fendi store, and I think I was there for an hour — I didn’t even buy anything. I was really trying to decide between … What was it, mom?

“[Mom:] White leather. It was a skirt and a jacket.

“Yeah. It was white leather jacket and skirt. I didn’t know if it made sense or not, and with my parents, they’re like ‘Get it or not. Get it or not.’ And I’m like, ‘I don’t know.’ I ended up getting an Off-White shirt because I just thought that was more practical and I was going to wear it more often, which I do, so it’s fine. I usually get big purchases depending on that, but probably not anymore because my closet’s too crazy right now. I don’t think I really need anything at the moment. Honestly, I think I’m good. That’s a blessing actually. I would say I’m responsible. Right, mom? Good. That’s good.

“With [my ‘Black-ish’ character] Diane, in the beginning, it wasn’t my style at all. I did love her style, but I’m just saying it wasn’t my style. It actually helped me get more into the character, because it wasn’t me. I was just switching back and forth, but then the more I grew up, the more Diane’s style reflected on my style, and I had more say-so in what I think Diane would wear. I was more fashion-educated, so they trusted me more on what to bring for her.

“For ‘Little,’ too, since it was a movie that I created, it was definitely more of a brainstorm collaborative thing. Honestly, that movie was mostly about fashion. Jordan was wearing a bunch of different blazers, suits and all types of stuff. Even the memorable moment when Jordan is walking down the school hallway, her pink suit was inspired by Blue Ivy [Carter]’s Grammy outfit. That moment was pretty sick.

This interview has been edited and condensed for clarity.