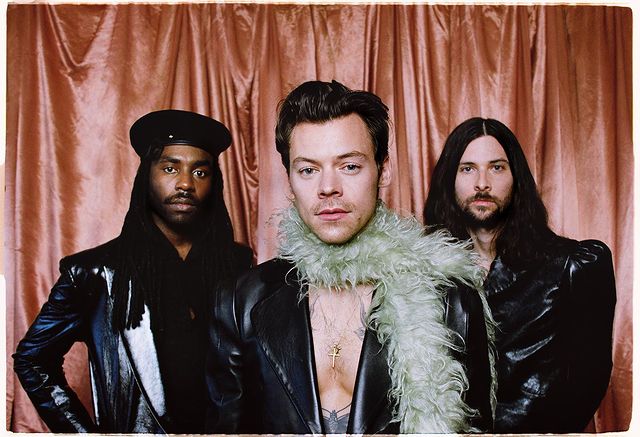 It’s time to fluff those feathers.

It’s official, the feather boa is no longer out of fashion! And we have Harry Styles to thank for that, as the singer brought this old-fashioned piece back into the forefront of style at the latest Grammy Awards ceremony. Boas are now being snatched up all over the world, despite the fact that, in most parts of the world, it’s not exactly the moment for disco dance nights.

Harry Styles has more than a feather in his cap, and he wasn’t shy about showing off his extravagant feathered boa on stage at the Grammy Awards held at the Staples Center in Los Angeles on March 14. As a result, the whole planet, which may or may not has had other preoccupations until then, seems to have been sent into a panic, with the realisation that this latest must-have accessory was missing in their wardrobes. And so the search was on to remedy this situation.

According to the latest report from the global fashion platform Lyst, searches for the feather boa jumped by 1,500{0c50a39dd584ba5fb4b6467726ffaa15c472727d41971bd60f72623a9464340d} two days after the British singer’s appearance on the Grammy Awards stage. So of course, the accessory started at a very low level of interest, relegated until that moment to the disco costume section of fashion, but this sudden unbridled enthusiasm shows once again the influence of the artist in the fashion world. It should be noted that megastar also wore a leather suit by Gucci, which caused searches for pants made of this material to rise by 100{0c50a39dd584ba5fb4b6467726ffaa15c472727d41971bd60f72623a9464340d} in less than 24 hours.

Other fashion trends also emerged around the world in March such as “granny chic” for men, who are scouring their grandmothers’ wardrobes for retro accessories, as well as pieces inspired by the world of ballet, and playful costume jewellery. The coming weeks will tell us which of these trends, if any, are made to last.

The data was released by the shopping platform Lyst, which analysed the queries of its 100 million users. To see the full report: Lyst.com.

This article is published via AFP Relaxnews