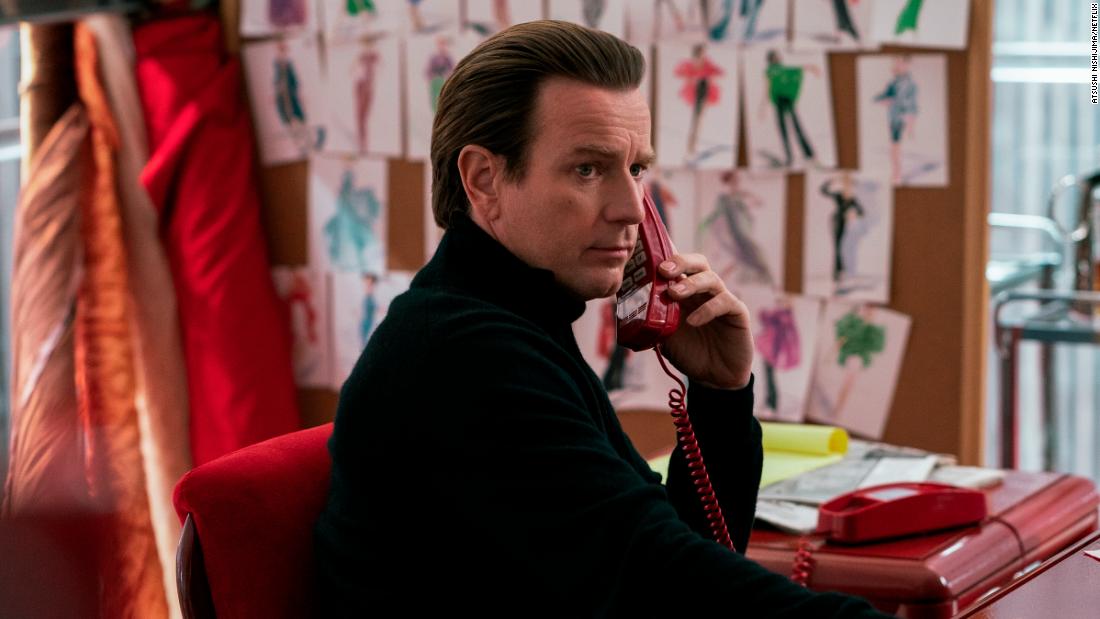 Netflix has offered a first look at Ewan McGregor’s transformation into fashion designer Roy Halston Frowick ahead of a dramatized series about the 1970s icon.
In a series of new images, the actor can be seen sketching out a design in front of a corkboard covered in fashion drawings. Another shot shows McGregor with rolls of fabric behind him as he speaks on the telephone in one of Halston’s signature turtlenecks.

The limited series will follow Halston’s rise to prominence as one of the most important designers of the 1970 and 1980s — and as a celebrity who embodied the decadence of the era. The story will then track the designer’s decline, delving into the “hostile takeover” of his namesake brand, which “forces him to battle for control of his most precious asset … the name Halston itself,” according to a Netflix synopsis.

Halston and his label were at the center of a major business dispute that rocked the fashion world. Following a controversial deal with JCPenny in 1983, high-fashion department stores like Bergdorf Goodman axed Halston goods from its shelves believing that the brand had been cheapened by the partnership.

The label was acquired several times in the following years, and Halston’s control of the company quickly diminished. The designer passed away in 1990 from AIDS-related complications, though Netflix has not yet revealed if the series will cover his passing.

The promotional pictures also show Rodriguez’s striking transformation into singer Liza Minnelli, who was a close friend of Halston’s. Wearing a white turtleneck with a red cardigan slung around her neck, she channels the star’s doe-eyed look with spiky Twiggy-style lashes.

Other images allude to Halston’s famed hard-partying lifestyle, with one shot depicting McGregor — with sunglasses on and a cigarette in hand — at the iconic nightclub Studio 54. Dayan, who plays Elsa Peretti, is also seen sipping from a tumbler as David Pittu (as fashion illustrator Joe Eula) and Gian Franco Rodriguez (as Halston’s on-again, off-again partner Victor Hugo) party nearby in flamboyant costumes.
In a recent interview with Vogue, Murphy said he believed McGregor “really connected with the pain of Halston and the longing of Halston, and how confusing it is to have to be an artist and a businessman at the same time.”
Post Views: 90