From Kmart To Walmart – The Discount Store Class Of 1962 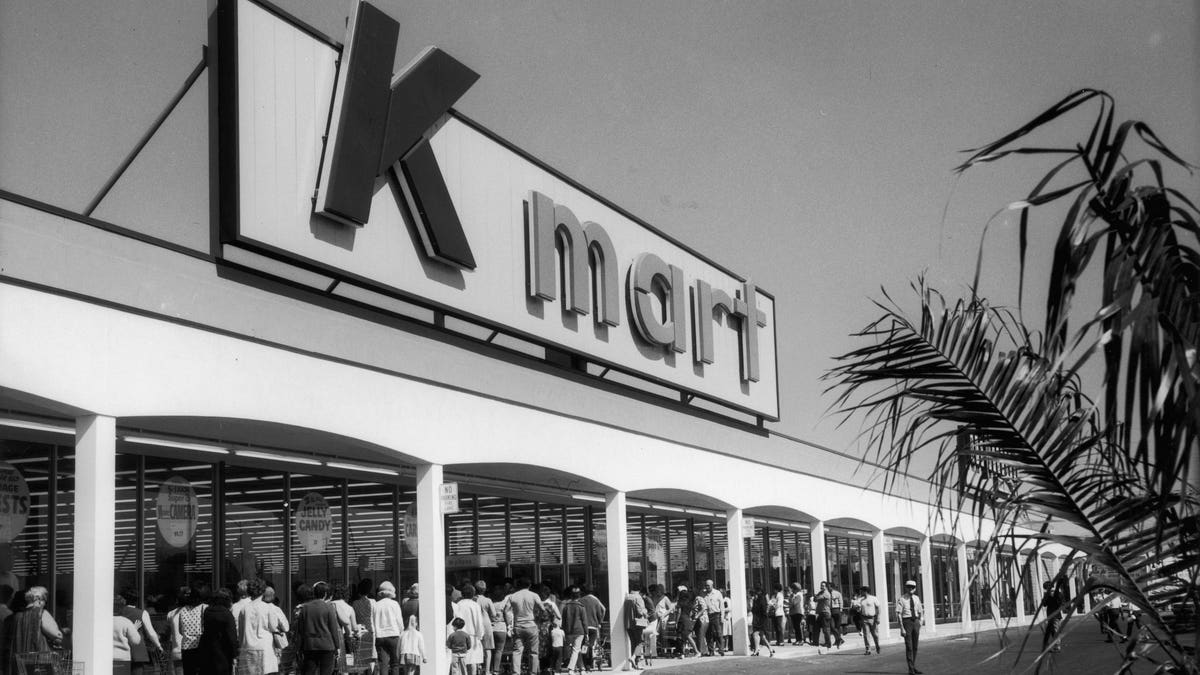 1962 was the year of the discount department store. Although there are examples of discount houses that predated that year, especially in the Northeast, most of the biggest names opened their doors in 1962. Four retailers from this “Class of 1962” have made it to 2021. Three are thriving but one, regarded as an industry icon, is barely open and has been fading away for decades.

Kresge intended for Kmart to have a national presence. By the end of 1962, 18 Kmarts were in operation. Within a decade, that number swelled to 800.

As discount store competition intensified in the 1980s, Kmart expanded beyond its means. It took over storefronts vacated by other failed discounters and neglected its aging fleet of long-established locations.

In 1992, Kmart lost its discount store dominance. In an attempt to revive sales and profits, the company embarked on a modernization plan that included new layouts, brighter lighting, newer fixtures, “spotless floors,” and a partnership with Little Caesars Pizza. But it was too little, too late. In January 2002, Kmart, with 2,114 stores, filed for Chapter 11 bankruptcy protection.

The retailer immediately closed about 10{0c50a39dd584ba5fb4b6467726ffaa15c472727d41971bd60f72623a9464340d} of its stores and was acquired by the hedge fund king, Eddie Lampert. Lampert also purchased Sears and merged it into Kmart. But Lampert allowed the company to languish. He failed to invest invest in technology and store modernizations and drained many of the company’s assets.

Kmart has continually closed stores over the past two decades and only 21 currently remain in operation. These locations often feature off-brand merchandise on sparsely stocked shelves, alongside walled-off sections of the store’s interior space. And most of these survivors, unlike the all-mighty, all-night supercenters, close everyday at 6pm.

Meijer never intended to take its Thrifty Acres stores nationwide. The company remained focused on the Upper Midwest and, as a privately-owned corporation, wasn’t pressured to unnecessarily expand in order to appease stockholders.

When ShopKo opened its first store in Green Bay, Wisconsin on April 5, 1962, the retailer boasted one-stop convenience in a comfortable setting. ShopKo advertised that each store was “like 63 stores in one.” Encouraging casual and spontaneous shopping, it stated, “Just go as you are, everybody does… And don’t forget to take the kids!”

ShopKo benefitted underserved communities throughout the northwest. Pharmacies and optical centers were also featured in all of its stores. By 1990, ShopKo operated 100 locations and exceeded $1 billion in sales.

In 1991, Shopko embarked on a plan called “Vision 2000.” Knowing that its could never compete head-to-head with Walmart, the retailer retooled its stores and focused on health products and services, housewares, and “special-sized clothing,” in a brightly-colored, uncluttered environment.

The 1999 acquisition of the 147-store smaller-format Pamida chain led to increased debt and unrealized expectations. ShopKo was purchased in 2005 by a Minneapolis private equity firm that infused the retailer with much-needed cash. But after several years of success, the private equity firm grew impatient. Citing “an inability to achieve anticipated growth and evolving customer preferences,” ShopKo landed in bankruptcy court in early 2019. All 367 stores in 25 states were soon shuttered.

When Dayton’s, a Minneapolis department store retailer, opened its first Target store on May 3, 1962, the company refused to call it a discount store. Selling merchandise at a very low markup, Dayton’s preferred to call Target a “medium-priced” retailer.

Target didn’t initially intend to become a nationwide chain. It spent four years tweaking its brand at its Twin Cities home base before it expanded to Denver, Target’s first out-of-state market.

In the 1970s, Target committed to setting itself apart from the competition by focusing on “better merchandise in every line that stresses good taste and high fashion with careful attention to design.” In 1975, Target learned that customers wanted to find merchandise quickly and easily and installed a “race track” layout at all of its locations. Intensive employee training, emphasizing expedited customer transactions at the checkout counters, was prioritized.

Target didn’t become a national retailer until 1989, when it opened 30 locations in the Southeast. In 2001, with operations in every state except Alaska, Hawaii and Vermont, Target opened its 1000th store. The retailer has since expanded its presence to all 50 states.

Target’s ill-fated 2013 entry into the Canadian market exposed one of the company’s weaknesses. The retailer has historically struggled to keep consistent inventory levels and disappointed Canadian shoppers found empty shelves and higher-than-expected prices. Less than two years after it opened its doors, Target Canada filed for bankruptcy and soon closed all 133 locations. Target’s unfortunate Canadian expansion cost the retailer $2.5 billion in losses.

Walmart was barely a blip on the radar when its opened its first Wal-Mart Discount City in Rogers, Arkansas on July 9, 1962. After Sam Walton established a successful chain of nine Ben Franklin variety store franchises, he launched a regional “Bargain Department Store” chain. Walton stated that discount mass merchandising was “the modern way of doing retail.” By 1967, targeting only rural communities in Northwest Arkansas, Walmart grew to 24 locations that rang up $12.7 million in sales.

Walmart didn’t truly blossom until the 1980s, when it first reached $1 billion in annual sales. The retailer experimented with a Hypermarket format but these stores proved to be too big to achieve the necessary sales and profits. In 1988, Walmart settled on a “smaller” supercenter design that became the company’s prototype for all future development.

In 2021, Walmart has heavily investied in its e-commerce platform and appears to have set its sights on Amazon. Complaints about unfair retail dominance have often accompanied Walmart’s success, but Amazon may have finally met its competitive match.

Woolco was the store to fear when the discount revolution erupted in 1962. A division of the mighty F. W. Woolworth variety store firm, Woolco had aggressive plans and high expectations; it intended “to become as predominant in the mass-merchandising field as Woolworth’s is in the variety field.”

After it opened its first location on June 6, 1962, in Columbus, Ohio, Woolco failed to catch Kmart’s momentum. Shoppers were unable to see Woolco as little more than a larger Woolworth store, but with a large major appliances department. By the end of the 1960s, Woolco operated only 119 stores, as opposed to Kmart’s 477 locations.

Woolworth stunned Wall Street analysts when the retailer decided to pull the plug on its 336-store Woolco division in September 1982. The company blamed the closure on an economic recession that greatly affected its “blue collar, moderate-income” customer base.

But Woolworth was also concerned about its aging group of 1300 variety stores. These variety stores formed the company’s nucleus and commanded attention and modernizations. However, even with the Woolco albatross removed from its neck, Woolworth never regained its footing. The famed retailer closed its final group of 400 variety stores closed in 1997, and ended a 118-year era.

Today’s shoppers are not much different from those of 1962. They still demand the lowest prices on name-brand goods. They also expect immediate gratification from their in-store and online experiences. Meijer, Target, and Walmart have figured out what their customers want and have invested in their companies’ futures. Kmart, down to its last 21 stores, still struggles with little hope or any plan for a future. It has suffered for so many years and has lost any opportunity to die with dignity.