From A Spa Retreat To ‘Poetry For Neanderthals’ 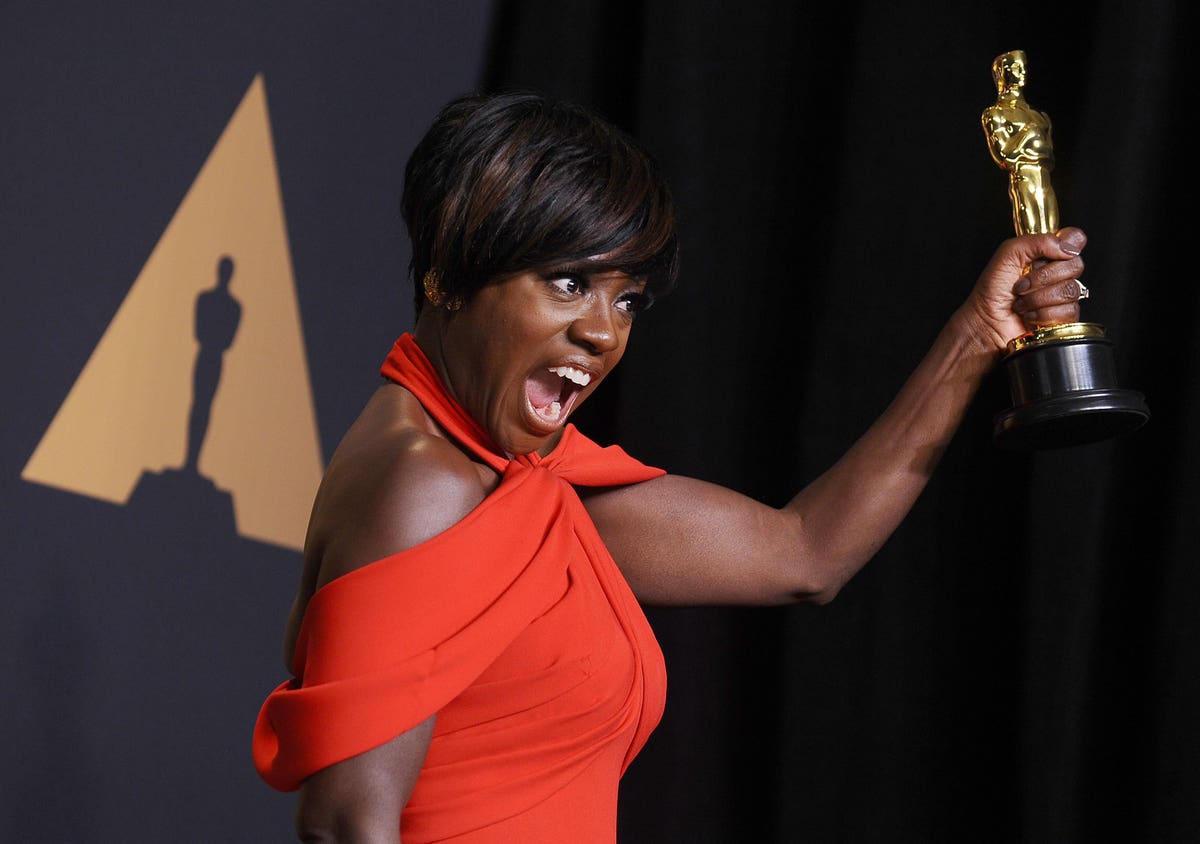 The pandemic killed off a number of Hollywood traditions in the past year. The Oscar season swag bag wasn’t one of them.

Every year, celebrity and product-placement marketing company Distinctive Assets puts together a gift bag that the 25 nominees for best actor, actress and director awards take home with them, whether they win or not.

Each of this year’s swag bags is valued at around $205,000. That’s a combined value of $5.1 million, just $1 million shy of the worldwide box office for this year’s best picture front-runner, Nomadland, which tells the unglamorous tale of a woman who’s lost everything in the Great Recession.

The value is a drop of $20,000 from last year, the first dip since 2016, when it was cut by half after a legal dispute between Distinctive Assets and the Academy of Motion Picture Arts and Sciences. The Academy, which is putting on its 93rd Oscars this year, complained about the “less than wholesome” nature of some of the gifts and the negative press surrounding it. This year’s gift bag reflects the twin events overshadowing the ceremony — calls for social justice in the wake of George Floyd’s murder and the outbreak of Covid-19.

“We did want the bags to feel like they had a bigger purpose than just, ‘Here’s a bag full of free stuff,’” said Distinctive Assets 49-year-old founder Lash Fary, whose marketing company takes pains to make it clear the Academy has no association with the freebies. “So all of the bags that we’ve been doing have been from female-owned businesses, black-owned businesses, disabled entrepreneurs and companies who give back — even ones that you wouldn’t necessarily think give back.”

The brands absorb the cost for all the gifts, which range from chocolate-covered biscuits and wafers and sweet and savory nuts to pricey personal services, such as a package of workout sessions with celebrity trainer Alexis Seletzky, a liposuction procedure with cosmetic surgeon Dr. Thomas Su and complementary project management for the nominee’s next home construction or renovation project. The cost for inclusion in the “Everyone Wins” bag starts at $4,000 and rises to $25,000 for “sponsors.” Lavish sums? Yes, but far less than the $2 million advertisers pay for a 30-second spot during Sunday night’s awards.

Brands reap the rewards of their marketing spend through celebrity mentions on talk shows or social media, as when 2019 supporting actress nominee Melissa McCarthy showed off the sad clown painting artist Reian Williams created for her husband’s birthday during an appearance on the Ellen show, or when Amy Adams was photographed wearing the “Strong is the New Skinny” T-shirt the day after her bag was delivered that same year. Recipients also pay income tax for the monetary value of all accepted gifts.

This year’s swag bag is noticeably lighter when it comes to getaways, given the perils of traveling in the midst of a global pandemic. Several of the gifts promote health and wellbeing, like the medical-grade masks from 99Guard, IV on Call concierge vitamin intravenous infusions to bolster immunity (or recover from a hangover), C60 Purple Power antioxidants and Violet breast health supplements. Other gifts with a new age feel include the Taiyi Institute’s TYQA sound acupuncture disc, which uses soundwaves instead of needles to promote healing, and Soul Shropshire’s candles are made from essential oils.

That’s not to say there aren’t lavish getaways in the mix. Consider the $12,000, four-night stay for two at Golden Door, a Southern California spa. Those looking for a more secluded, Covid-safe get-away can retreat for a three-night stay at the Pater Noster Lighthouse on the island of Hamneskär on the west coast of Sweden, where the light-keeper’s home on the rocky isle has been converted into a nine-room boutique hotel. “It doesn’t get much more socially distant than that,” said Fary.

In recent years, the Oscars gift bag has made headlines for its cannabis gifts and this year is no exception. The gift bag will include 24-karat gold vape cartridges from Hollowtips and sleep capsules that blend CBD with low-dose melatonin and a hemp salve from Fifth Element for post-workout recovery. It also has a limited edition Don’t Cookbook, a coffee table book with irreverent recipes for getting dishes such as squid ink pasta, avocado toast or nachos without bothering to preheat the oven or turn on the stove (just scan the QR code to find the items from local restaurants that are available for delivery through Postmates). A portion of the proceeds from each sale benefits restaurant workers affected by the pandemic.

Nominees who prefer to seek relaxation in liquid form can choose from Tequila Antigua Cruz Anejo Cristalino, a special reserve of pure agave tequila made in small batches, 91-proof Weed Straight Bourbon Whiskey and two bottles of Trust Me Vodka with Oscar-appropriate 23-karat edible gold flakes for the occasion. There’s also the booze-free Luxe Gold Organic Tea Starter Kit from Cup of Te. Bowing to the shelter-at-home sensibility of the times, a personal sneaker shopper called Kicksnation will deliver three pairs of shoes selected based on responses to a style quiz. Other cozy items include a Happiest Tee sweatshirt and socks from the London Sock Company.

Among the more eclectic gifts: A PETA emergency hammer to save dogs trapped in hot cars; the Poetry for Neanderthals game from Exploding Kittens (which comes with its own 2-foot inflatable club for bashing opponents); Tractive, a GPS location and activity tracker for pets; and the Muse S: The Brain Sensing Headband sleep tracker. And, in a nod to one of the media’s latest fascinations, a non-fungible token. AdVenture Media and Taillard Capital will drop an NFT into each nominee’s gift bag that authenticates a piece of digital artwork to be auctioned off with proceeds benefiting a charity of the nominee’s choice. Funds raised from the sale of a Chadwick Boseman tribute NFT will benefit colon cancer foundations. The actor, who died in August at the age of 43, is nominated posthumously for a lead actor.

In perhaps the most noticeable acknowledgement of the pandemic and its disruption, the giant tote bags will arrive at the nominees’ homes or hotel rooms via a now familiar delivery route — Postmates.

“It turns out, you can have anything delivered with Postmates” Fary quipped.