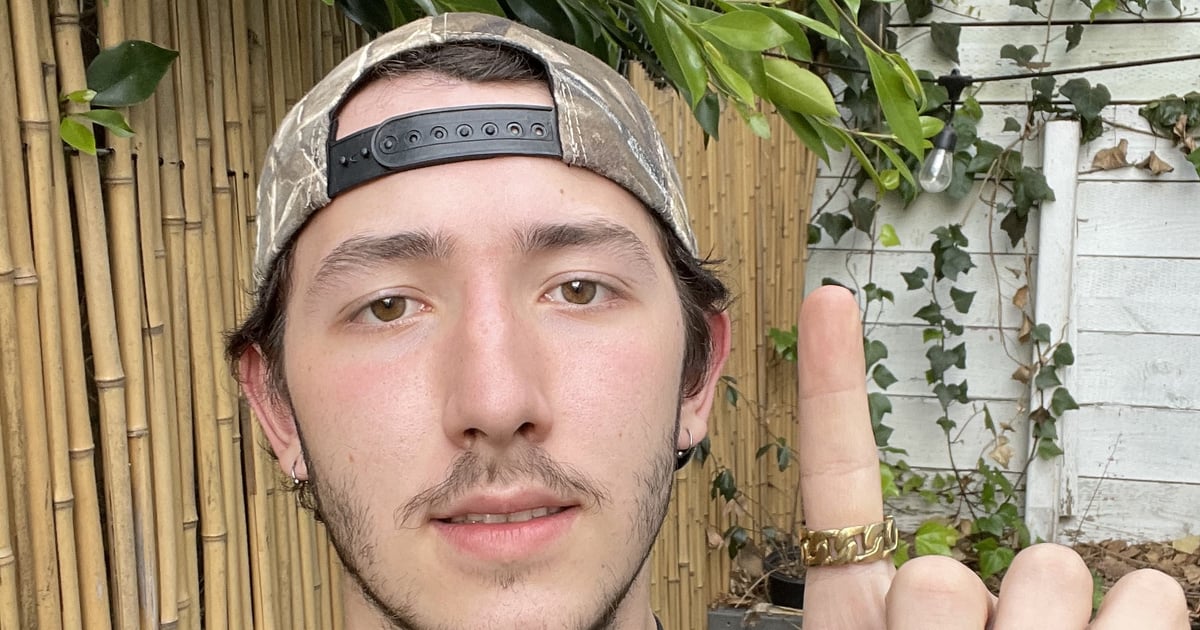 Sorry, Nick, Joe, and Kevin Jonas, I have a style crush on Frankie Jonas. The youngest of the Jonas brothers has been making waves with his personal style, TikToks, and he’s even landed his first fashion campaign for MCM. I spoke with Frankie to learn more about how his style differs from his brothers’, his love for thrifting and Depop, and his plans in fashion.

Right off the bat, I realized that the 20-year-old is just as charming IRL as he is in his hysterical TikToks, and I laughed through our entire conversation. From his TikToks you’ll notice that his personal style is also super relatable and down to earth. (Speaking of TikTok, I’m still not over all his fans spamming his brothers’ accounts with comments like, “OMG! It’s Frankie’s brother!!!”) “My personal style is a mix of a lot of things. I think the best way I could describe it is Adam Sandler meets Timothée Chalamet meets cyberpunk,” Frankie told me. “[Adam Sandler] is a style icon. I mean, no one appreciates it. I think since I moved to LA, I’ve worn gym shorts and turtlenecks almost every day.” I would have to agree with that statement because Adam Sandler has become a personal style hero for many people I know, especially after the release of Uncut Gems.

“I think the best way I could describe my style is Adam Sandler meets Timothée Chalamet meets cyberpunk.”

Obviously, people want to know just how different Frankie’s style is from his brothers’. “I think it’s pretty wildly different. I think I have the most in common with Joe in terms of what we like and our style in general. Although, I’m slowly turning into ‘behind the scenes Kevin.’ So, there’s ‘Kevin in the limelight’ outfits, which are leather, jackets, and button-ups, and then there’s the ‘Kevin behind the scenes’ outfits, which is dad mode. Think sweats and a hoodie — Adam Sandler vibes all the way. Hoodies to the country club, that’s what it’s about,” he said with a laugh.

As for what’s next for his plans in fashion, Frankie said, “I would love to own my own brand eventually. I mean, who wouldn’t, right? I’d love to do more campaigns. I think I need to do a bit more practicing before I do runway, as that’s a goal for me. That’s definitely something that I never thought that I would be able to say I wanted to do, but it’s something that I’ve always dreamed about. I did Coco Rocha’s fashion boot camp, where she teaches you to walk the runway, and I learned pretty quickly that I definitely need to practice. So, that’s coming when it’s coming.” Keep scrolling to read more of our interview.