Does America Need A Fashion Czar? 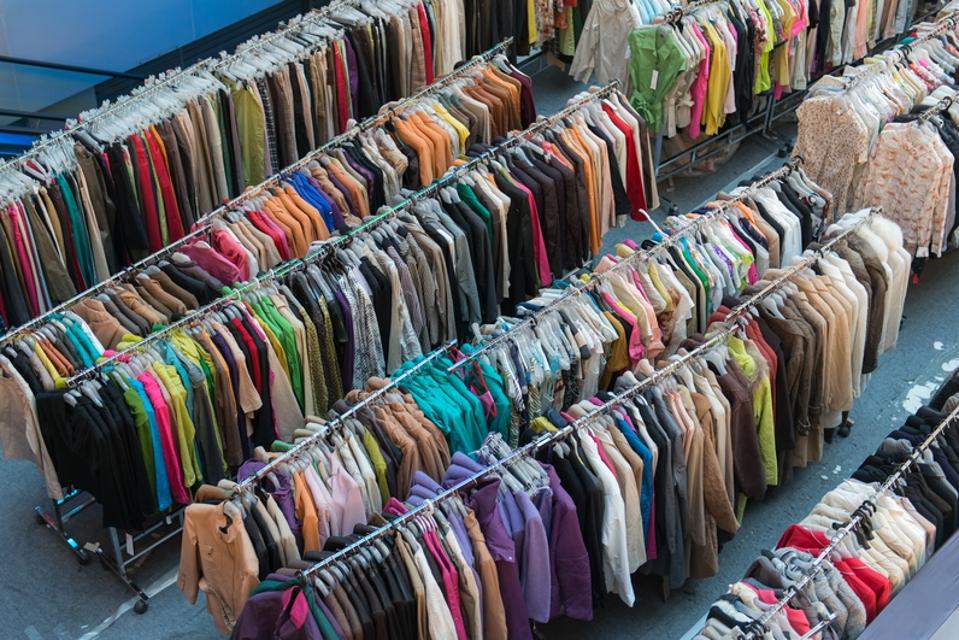 Current media is buzzing with a novel idea put forward by Dr. Elizabeth Segran in a commentary that was published by Fast Company Magazine, calling for the creation of a new senior-level position within Biden-world. The concept would create a Fashion Czar that would target improvements to the environment and humanity on behalf of the fashion industry. The article’s title is: “President Biden, appoint a fashion czar!”

It was not entirely clear from the context of the article as to whether Dr. Segran was suggesting a moderator or a dictator for this new position. The article was (mostly) a well-meaning focus about the relationship of the fashion world to the real world. Dr. Segran was pretty intense about some alleged fashionista issues, claiming that the industry is responsible for global environmental problems, including 10{0c50a39dd584ba5fb4b6467726ffaa15c472727d41971bd60f72623a9464340d} of the worlds carbon emissions. The article also calls fashion: “a $2.5 trillion beast with tentacles in every corner of the world” and states that the industry “operates with little oversight or regulation.”

Some portions of the commentary express a degree of truth, but most fashionistas might have an entirely different take on some of the more salacious accusations. The diatribe excoriates the industry for human rights abuses, slave labor, COVID-19 exposure, inappropriate wages, carbon pollution, and garment waste ending up in landfills. Certainly, if all industry colleagues concurred that they had direct responsibility for these egregious sins, then fashion would likely cease to exist. It would shut itself down and clients could simply revert to a clothes-free world. Global citizens might remain in lockdown mode along with Adam and Eve.

In fashion’s defense, the industry does try hard to do right by global standards, and has lifted millions of people out of poverty with entry level jobs. Fashionistas have consistently worked towards the goals of sustainability, circularity, traceability, equality, diversity, and they work hard to foster and expand these ideologies.

In addition, completely contrary to the allegation that fashion functions with little “oversight or regulation,” many in the industry consider fashion to be over-regulated. Readers should remember the fictitious story about the five-pocket jean being invented by the government, so their federal hand could remain in industry pockets. (A note of Czar-Casm)

Of course, writing a provocative article for Fast Company Magazine can create a stir, and true believers in Dr. Segran’s tale have now banded together by writing a letter of support to President Biden, with hopes of adding pressure for the proposed Czar designation. The letter has been signed by some brands, experts, and associations who endorse the concept of the senior level administrative position of Fashion Czar.

At this point, it is best to pause (perhaps imbibe a Czar-bucks) and offer additional factoids before President Biden creates such an office. Most in the industry understand that the fashion street runs in two directions, and everyone needs be clear if the official “ask” to the President – is for more regulation, less regulation, or more coordination. The letter delivered to President Biden says that the “creation of a Fashion Czar would signal the administration’s commitment to humane labor and environmentally sound practices as well as a recognition of the role of fashion as a driver of the U.S. economy.”

When asking for such a prominent position, letter signers should be wary of what they ask for. The government (or the Czar) could potentially spin this big idea completely out of control. We all vividly remember President Trump’s Czar – Peter Navarro – who was dubbed as the official “Trade Czar” for the Administration. With that designation, his office proceeded to create some serious havoc for the fashion industry. Former Vice-President Pence was also named as a Czar – the “Coronavirus Czar” – and there were mixed results for that position as well. The bottom line is that government can create the “Czar” title as a designated place for an unresolved issue. It also leaves the “Czar” with an ability to make the situation better or, to make it worse.

On a more positive note, if the Fashion Czar position was created, the office could centralize individual company efforts for enhanced environmental policy and add support to industry efforts that already demonstrate the preservation of both human rights and workers rights around the globe. However, we need to take this enthusiasm with a grain of salt, because some fashion companies do a lot, and some do very little. Remember, any added efforts that might be mandated by the Czar (for more company responsibility) would require that additional costs to be added to the equation (simply because someone will be required to pay the bill for increased activity).

A clear example of enhanced federal involvement was when the government exercised environmental muscle during the Clinton Administration. They pushed enforcement of the Occupational Safety and Health Regulations (OSHA) to such a degree that many USA textile plants shut down rather than comply. As textile mills closed their doors, sewing factories followed suit – simply because the sewing function needs to be near the source of the raw material. Jobs were lost throughout America, and politicians will tell you (to this day) that the industry exported American jobs in a search of a lower cost of needle. The reality is that during that period in time, America exported it’s pollution, and the sewing jobs followed suit.

Another example of a boondoggle – was when the government tried to help the domestic apparel industry by supporting “Made in USA” garments. The government created the “Berry Amendment” which requires uniforms for our soldiers to be made in America. The logic for this action was that in wartime, uniforms should be made here – simply because soldiers need clothes. In fact, this concept has been raised again recently, because of the shortage of Personal Protective Equipment (PPE) during COVID. If we make PPE in America, it’s a smarter and more logical thing to do. However, as the Berry Amendment example will show, when you empower government on procurement, sometimes things can go awry – like with a government owned entity called UNICOR.

UNICOR is the trade name for the Federal Prison Industries (FPI) and is part of the Federal Bureau of Prisons. One of UNICOR’s more profitable businesses is making military uniforms in federal prison factories with American prison labor. The military procurement teams are required to give UNICOR the first bid on any order, before the programs are doled out to private factories. In a country that prides itself (by law) on not importing any products that made by prison or forced labor, we sure know how to deliver a mixed signal and we sure know how to take business away from private USA sewing facilities.

Another, more recent example of federal involvement is with the famous Trump tariffs that have directly attacked fashion’s main source of supply (China). Noting that 36{0c50a39dd584ba5fb4b6467726ffaa15c472727d41971bd60f72623a9464340d} of all apparel comes to the USA from China, this government action has caused extreme heartache in the retail and supply chain communities.

Then, of course, there are the shipping ports (like Long Beach) that control exit and entry of product in America. The ports are overseen by the current shipping Czar entity called the Federal Maritime Commission (FMC), which has some bark but not much of a bite. How many times have we seen port strikes cripple the USA economy, and how effective has the FMC been at getting these thorny issues resolved? In addition, look at the USA ports now – as they are completely jammed up and goods are not flowing – which affects both retail, wholesale, and America’s GDP. (A Czar-Donic situation).

By way of a summary for these thorny issues, Peter the Great was Russia’s most illustrious Czar. He became Czar at age 10 and taxed people who wore beards.

Peter Navarro was President Trump’s Trade Czar. He became Czar at age 67 and taxed both the fashion industry and the American consumer.

Former U.S. Senator Paul Sarbanes (Czar-banes) created the famous Sarbanes-Oxley legislation and talked about enabling “our system of checks and balances to work as they should.”

As former President Trump would say in a situation like this: “We’ll (have to) see what happens.”