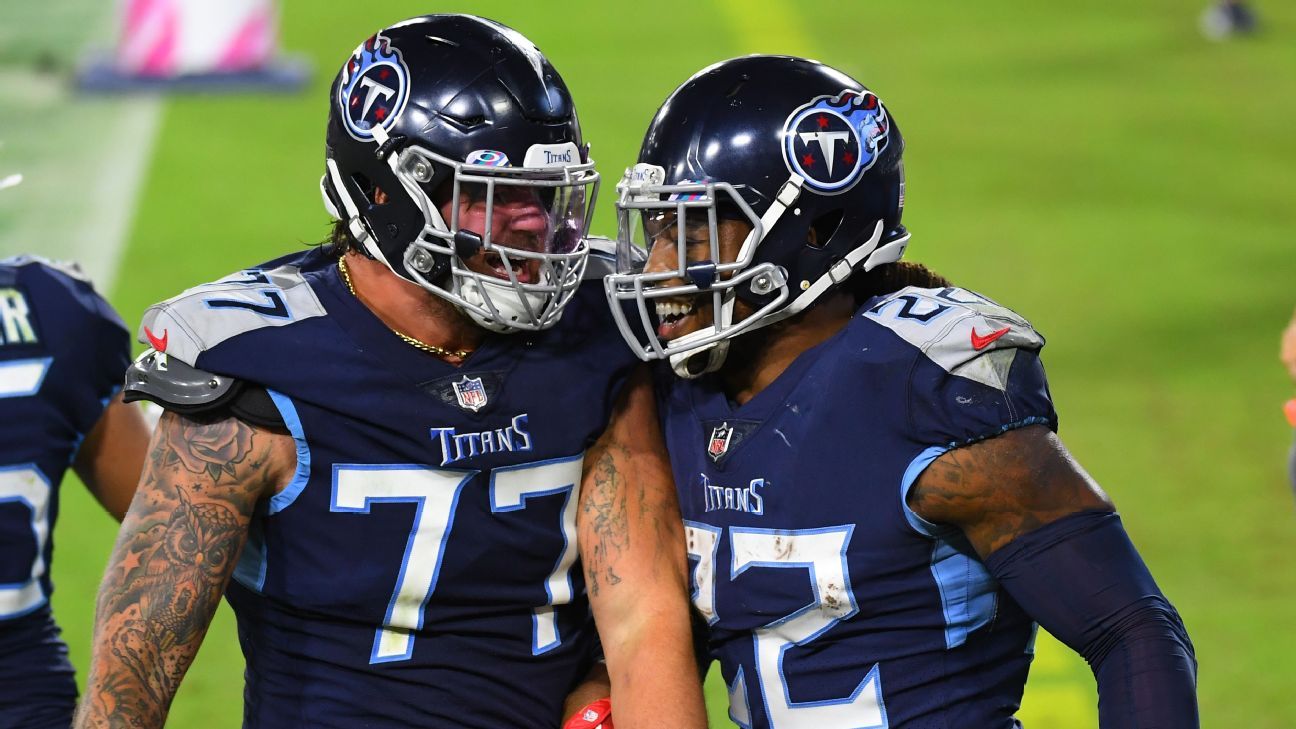 While Henry’s feat has been recognized — winning the 2021 Offensive Player of the Year award — the fifth-year running back won’t hesitate to give credit to his offensive line. That’s why King Henry gave each offensive lineman a gold rope chain with a medallion that includes a crown at the top along with “2K” in diamonds.

The medallion also has each player’s name engraved on the back with Henry’s rushing total.

Derrick Henry with a surprise for his O-Line 👑 @KingHenry_2 pic.twitter.com/ngAZDCSgci

The jewelry is the latest in a line of gestures Henry has made to show his appreciation for the guys up front. Henry gifted each of his offensive linemen a Rolex of their choice after they helped him clinch the NFL’s rushing title in 2019.

Then, Henry made sure they were taken care of at Christmas when he had arcade-style Pac-Man games sent to each lineman. In Henry’s mind, it’s only right to take care of his linemen because they take care of him.

Teamwork makes the dream work. Thanks to our partners at @FedEx for helping @KingHenry_2 shop and ship early for his holiday gifts! #TitanUp pic.twitter.com/CCmbDEkdNI

“Like we always say, block longer than the guy with the ball, and those guys did a great job. I just had to go out there and do my job and those guys are physical,” Henry said of the offensive linemen after rushing for 250 yards in the regular-season finale against the Houston Texans.

“Those guys are tight. They stick together. They help one another. They communicate. They work hard. They want to be great each and every day. I wouldn’t want nobody else blocking for me but the guys up front. I couldn’t do it without them.”