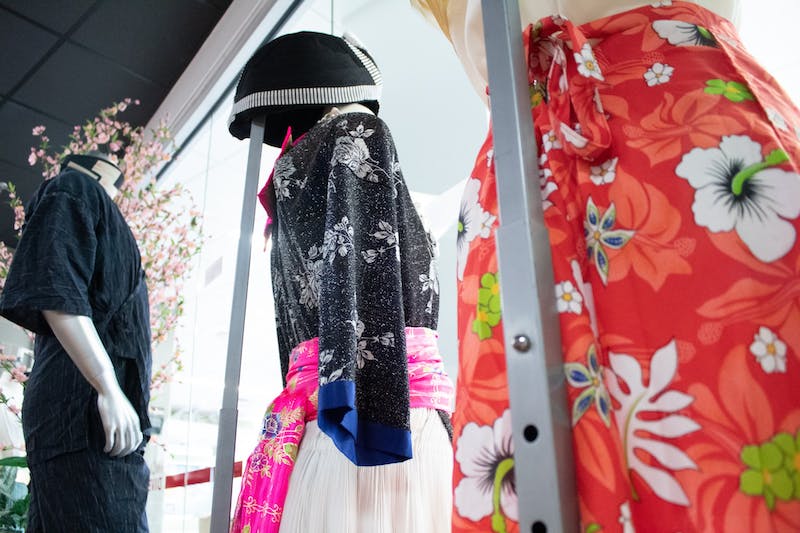 In honor of Asian Pacific American Heritage Month, the Center for Student Inclusion and Diversity has made a display outside of their office depicting the traditional clothes from various Asian Pacific cultures.

Assistant Director of the Multicultural Academic Student Services Wade Tomson said the display is meant to capture how expansive Asian culture truly is.

“When we say Asian culture it’s not one thing. It’s a broad culture and it expands into many different experiences” said Tomson, “Having the details on each garment just continues the understanding that these are not all the same.”

While Asian Pacific American Heritage Month is celebrated nationally during the month of May, CMU celebrates March 15 to April 15. The showcase is just one of several events MASS is putting on throughout the month

“Whether it be the AAPI, Arab American, Black History Month, we want create an environment to celebrate the culture” Tomson said, “We also want to educate those that are out of the culture on some of those customs and norms so that we feel that the education just brings awareness and when people know more they’re able to do more and they’re able to do better.”

Saginaw senior Chin Lee, director, and Lansing senior Alejandro Salais, videographer/Editor and co-director, created the fashion display. To showcase each piece, they put together a video series that was posted on the Office of Multicultural Academic Student Services’ Instagram, (@mass_cmu) .

“The purpose for this Asian cultural fashion display is to showcase the representation of various Asian ethnicities we have on campus. It’s especially important to show the beauty in various cultures that obviously right now, like with the environment that we are living through, people can’t seem to see,” Salais said.

Considering the recent shooting at the Golden Spa in Atlanta, this Asian Pacific Heritage month has more weight to it as activists stand against Asian hate crimes.

“We haven’t changed much of our overall plan for the month, but it definitely takes an additional reverence. There’s almost a little bit more immediacy and we hope the community feels that” Tomson said.

The display is open until April 15, the Center for Student Inclusion and Diversity will be putting on more events like the display until then and a full calendar can be found on their website.

“It’s all about representation,” Tomson said, “It’s about sharing the experiences of the students who identify within the Asian community to let them know that they are welcome, respected, their experiences are heard and seen as a vital part of our CMU community.”