Can The Show Known For Fashion Help Boost Retail? 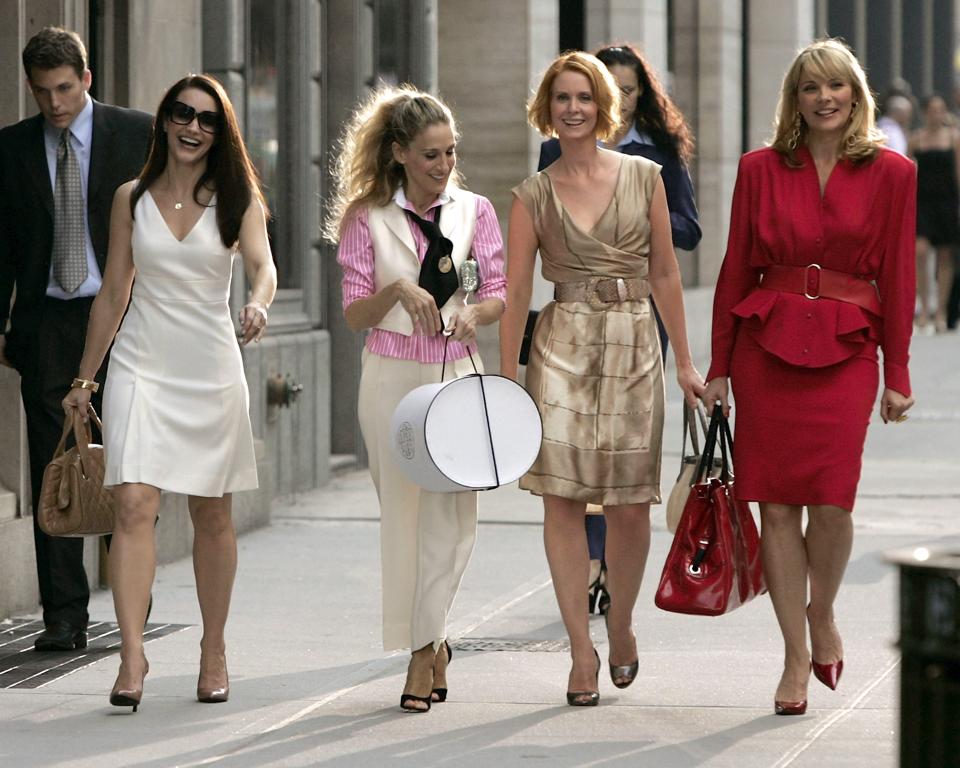 It may be soon be time to dust off the Manolo Blahniks—“Sex and the City” is on the not-too-distant fashion horizon.

On the heels of Sarah Jessica Parker’s (who plays the show’s designer shoe-obsessed main character Carrie Bradshaw) Instagram announcement confirming a new chapter of the HBO Max series, entitled “And Just Like That…”, thousands of followers of the fashion-centric TV series responded enthusiastically—including Reese Witherspoon, Debra Messing and Zoë Kravitz.

The question is whether the return of the “Sex and the City”—credited with turning shoe designers like Jimmy Choo, Christian Louboutin and, of course, Manolo, into household names—will be the retail catalyst it once was and help invigorate retail, while simultaneously help revive New York City, where the show takes place.

What Will the New ‘Sex and the City’ Series Look Like?

It’s a whole new retail world since “Sex and the City” debuted nearly 25 years ago in 1998 and many of Miss Bradshaw’s favorite retail store stomping grounds, like Manolo Blahnik, Century 21 and Barneys New York, are closed.

At least one New York retailer is optimistic about the show’s return.

“The original ‘Sex and the City’ series was a major boon for us,” says Beth Buccini, owner and founder of Kirna Zabete.

“Patricia Field used to wardrobe the ladies from Kirna Zabete,” says Buccini, referring to the series’ renowned costume designer. “Her vision broke boundaries and caused women everywhere to experiment with and dream about fashion. Let’s hope that happens again.”

Like a fashion classic, “Sex and the City” has the potential to capture a younger generation, says Simon Doonan, the legendary creative ambassador-at-large of Barneys New York.

“I was just chatting to a high school senior who had just discovered ‘S and the C,’” Doonan writes, over email. “She was intoxicated by the heels, the shopping and what she described as ‘the old-school vibe.’”

The 10-episode, half-hour series will begin production in New York in late spring and will follow the lives of Carrie, Charlotte York-Goldenblatt, played by Kristin Davis, and Miranda Hobbes, played by Cynthia Nixon, who are now in their 50s. Kim Cattrall, who played Samantha Jones, will not return.

Reflecting on the show’s history, cultural strategist Sarah Unger expects retail and fashion will remain a strong theme in the new series.

“It’s not a far stretch to expect the new iteration of the story will have nods to aspirational retail,” says Unger, co-founder of Cultique. “However, part of the appeal of ‘SATC’ was how it combined the timelessness of women against a dynamic urban backdrop.”

However, we may see more realism on screen. Unger predicts the characters may lean toward minimalistic looks with elements of over-the-top maximalism. Athleisure and loungewear may play a more prevalent role, she forecasts.

“It’ll be exciting to see mindfulness and wellness mixed in, given that there’s a booming self-care industry,” Unger says. “This could play out in a plethora of ways—one would hope to see previously marginalized designers prioritized through a platform as well-known as ‘SATC’ or a more self-aware point of view on inequity and sustainable consumption.”

The portrayal of New York as a fashion fantasyland was part of the show’s allure—pre-Covid-19, there were even “Sex and the City” bus tours.

“‘SATC’ always had New York City as a main character,” Unger says. “Now that our relationship to cities has shifted thanks to the pandemic, the new show will be able to explore evolving rhythms of urban life, including digital retail and remote work.”

It may spike interest in the city, the strategist forecasts. “New York City as a vacation destination could potentially follow,” she says.

The image of New York as a place of opportunity for outsiders is very powerful, Doonan says.

“Think Holly Golightly [in ‘Breakfast at Tiffany’s’] or Diana Ross in ‘Mahogany’,” says Doonan, author of “How To Be Yourself.” “The shoes and the shopping and the cocktails are potent symbols of glamour and success.”

New York will reinvent itself again, Doonan says, and “a fresh updated version of ‘Sex and the City’ will hopefully offer a whole new blueprint.”