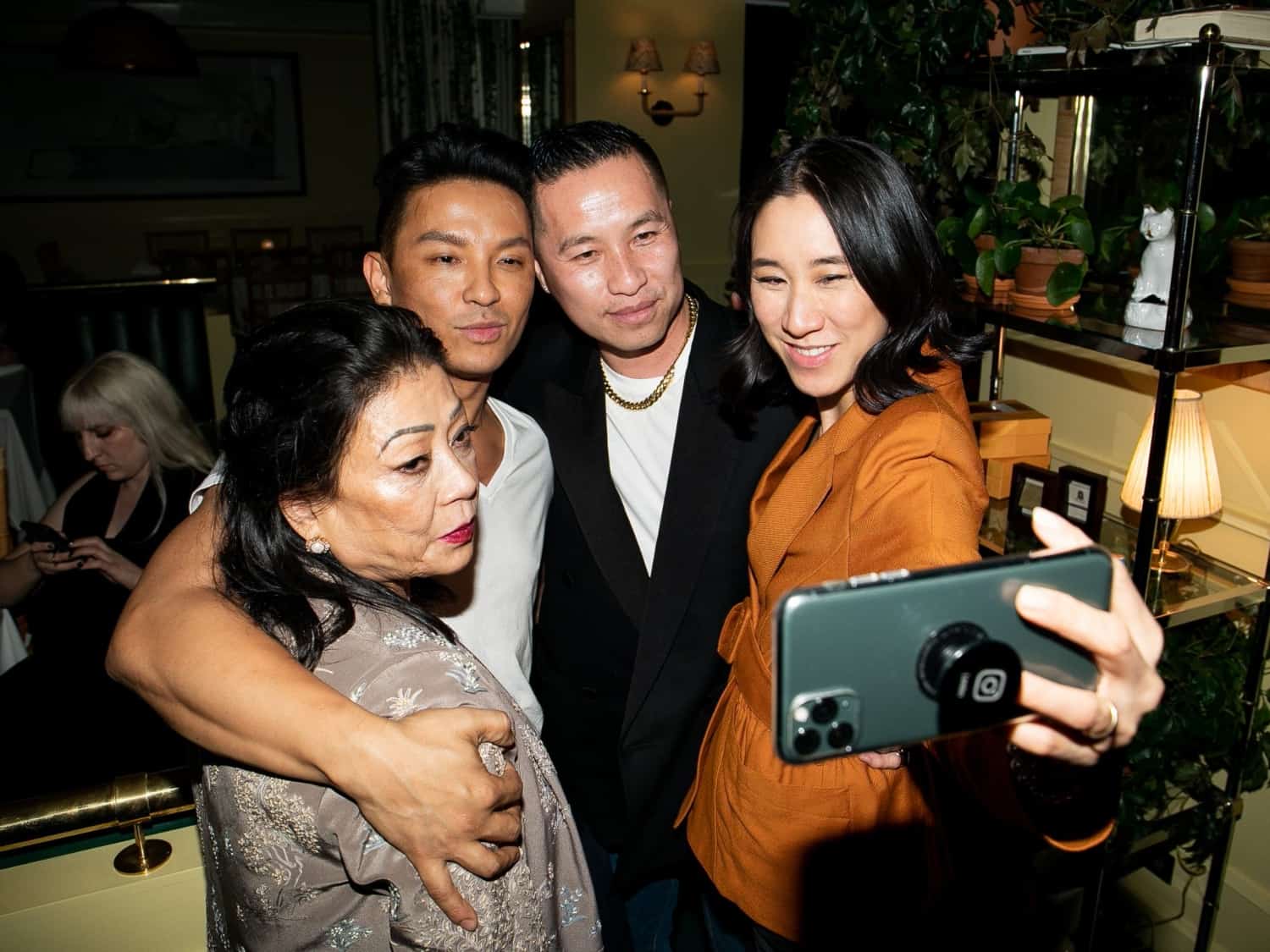 In recent weeks, harrowing incidents of hate crimes towards Asian American elders across the country have run rampant. In New York City alone, hate crimes towards Asian communities have risen by 1,900{0c50a39dd584ba5fb4b6467726ffaa15c472727d41971bd60f72623a9464340d}, according to NYPD data—and the fashion community is speaking out. The #StopAsianHate movement has emerged thanks to prominent Asian-American designers, editors, entrepreneurs, and influencers, who are using their platforms to eliminate cruelty towards those with similar heritage.

Prominent figures are also sharing their personal experiences with racism, in order to raise awareness of the deep-seated problem. Within the last several days, a wave of posts on social media have been dedicated to #StopAsianHate from numerous industry insiders. Allure’s editor in chief Michelle Lee posted a series of videos on Instagram, detailing how she was bullied in middle school—and the lack of action from anyone in charge. “From a young age, I learned that my voice didn’t matter,” Lee says, emphasizing how many Asian-American cultures don’t vocalize similar events.

U Beauty founder Tina Craig shared a video with a caption describing the ways she has faced racism over the years—such as micro-aggressions from childhood friends, or being questioned in customs at the airport—and the misrepresentation of Asians in popular culture. “The Asian American experience is complex and cannot be explained in a single post,” Craig states.

Resources were also posted by Aya Kanai, Pinterest’s head of content and creator partnerships, alongside an image of her parents in a vintage Issey Miyake editorial.

Some of the most poignant statements have come from the creatives behind some of the industry’s largest fashion brands. Phillip Lim stated that viral crimes shouldn’t be the only ones discussed, citing that the majority has plagued Asian-American communities for years.

Oscar de la Renta’s Laura Kim (alongside her partner Fernando Garcia) urged the public to speak out and spread awareness. Prabal Gurung has been consistently vocal as well, posting numerous resources and advocating for an anti-racism rally to be held in Washington Square Park this weekend. “To build an equitable world, we have to be actively anti-racist,” the designer shared in a post, calling for a commitment to equality.

On an international scale, major fashion influencers have taken a stand against Asian American violence. Susie Lau posted to IGTV, discussing how silence towards racism encourages more crimes. Chriselle Lim revealed how her mother can no longer go on daily neighborhood walks, for fear of being attacked. Instagram’s Eva Chen shared photos with her grandmother, calling for all communities to condemn racism. Other social media stars like Tina Leung, Ezra William, and Bryanboy have also taken to their feeds to give the movement a shout-out, while a graphic containing statistics on this issue and information about resources and community groups has been reposted by designers including Bibhu Mohapatra and Kimora Lee Simmons.

Many of these insiders are also featured in a now-viral video, whereby they call on the public to unite and stop the unnecessary cruelty towards Asian communities. You can view the clip and discover more resources below.