After Six Decades in the Same Family, a San Francisco Mansion Lists for $28 Million 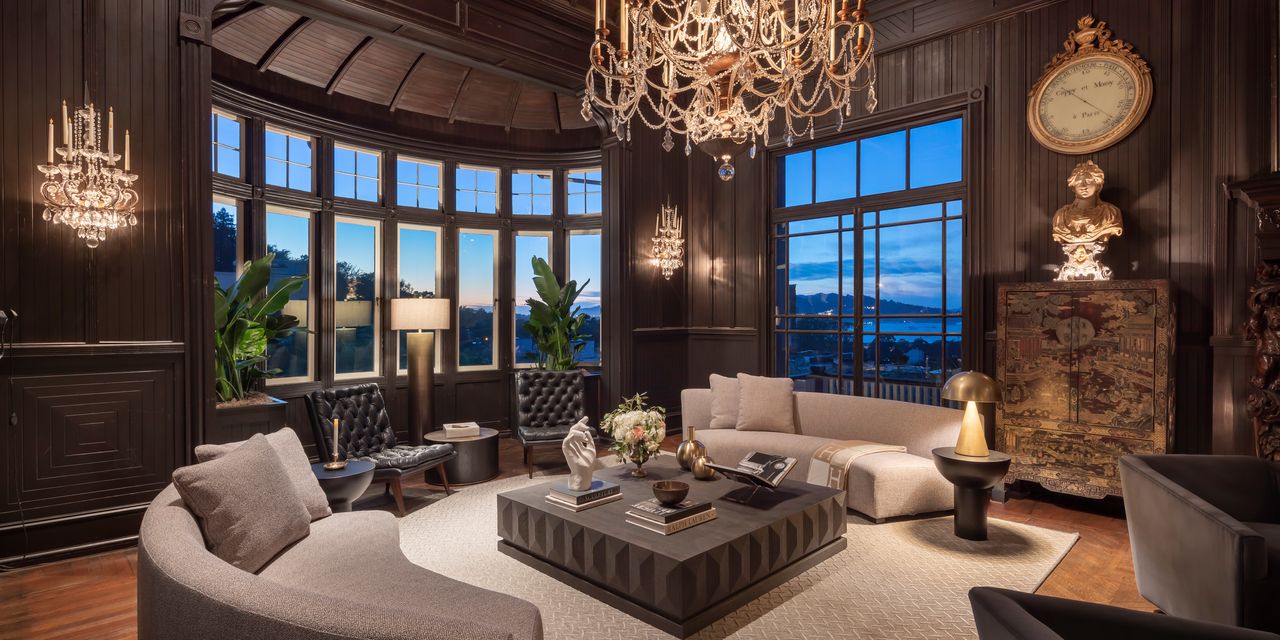 In San Francisco, a Queen Anne-style mansion that has been in the same family for more than six decades is coming on the market for $28 million.

The property, located in Pacific Heights and near Presidio National Park, was built in the 1880s for shipping executive William F. Babcock as a wedding gift for his daughter, according to the book “San Francisco’s Pacific Heights and Presidio Heights” by Tricia O’Brien. In the early-1900s, it was relocated about seven blocks to its current location.

In Pacific Heights, this mansion was built in the 1880s, and has been in the same family for over six decades.

A Queen Anne-style home in San Francisco’s Pacific Heights neighborhood is coming on the market for $28 million.

A Queen Anne-style home in San Francisco’s Pacific Heights neighborhood is coming on the market for $28 million.

“I remember my mother saying that the house was cut in half, or maybe in quarters, and you could see where it was put back together,” said Gordon Andrews, whose parents were the most recent owners of the home. He said he never could find those spots.

The eight-bedroom house is about 10,300 square feet on a large lot overlooking San Francisco Bay, Alcatraz and the Golden Gate Bridge. An entry foyer with redwood-paneled walls, parquet floors and a chandelier opens to the main living areas, which include a 50-foot-long living room with 20-foot ceilings and windows and balconies overlooking the bay. There is also a formal dining room with french doors that open onto the lawn.

In the library, which has a coffered ceiling, built-in window seating and shelving, a bar is hidden behind a fake bookshelf. “You don’t know it’s there until someone pops up with a cocktail,” Mr. Andrews said. The property also includes an upper-level game room and a roof terrace, as well as a four-car garage.

The home was acquired by Mr. Andrews’s parents Adolphus Andrews, Jr., and Emily T. Andrews in the late-1950s, he said. They had swooned over the property while attending a party there years earlier and jumped at the chance to buy it when it became available. They raised their three children there. While they kept the property in good condition and did multiple restorations, they did little to change the look of the house, he said. They also installed an elevator.

Mr. Andrews, 64, recalled his own childhood bedroom on the top northwest corner of the house: The top stair creaked so loudly he could never sneak in past curfew. His father, who worked in the lumber business, was an antique collector, so Mr. Andrews and his siblings were often relegated to certain parts of the house where they couldn’t break things.

The senior Mr. Andrews died in 2017, and his wife in 2019. Gordon Andrews said the estate has chosen to sell the property because neither he nor his siblings wish to move in.

Neal Ward of Compass has the listing.

Write to Katherine Clarke at katherine.clarke@wsj.com